It's January and I'm hedge laying again - different garden to last year. Then, I was tucked away from the public gaze, this time I'm slap bang in the middle of the museum, where the world and his wife and their dog walk by on their way around and back. I'm still not producing the most classically beautiful laid hedge - but I'm confident enough to have a go and be judged, (and goodness me does everyone have an opinion about the hedges. Who knew!?!).

On Wednesday the museum was closed for an all-staff training day. The afternoon was a chance to do taster sessions with other departments, and one of my choices was 'iron age tools'. We're having a new iron age Celtic village - how's that for an oxymoron? It will be a reconstruction of a site in Anglesey called Bryn Eryr (hill of eagles). Our blacksmith has made replicas of all the iron age wood-working tools that we have in the collection - the idea is to try and extrapolate what kind of wooden objects might have populated the dwellings by looking at the tools. Hardly any wooden objects survive from this period - some notable exceptions were found in waterlogged ground at the Glastonbury Lake Village site in the Somerset Levels. As I looked at a well thumbed photocopy of an image* of the finds I knew I was looking at the contents of my wheelbarrow from the day before. 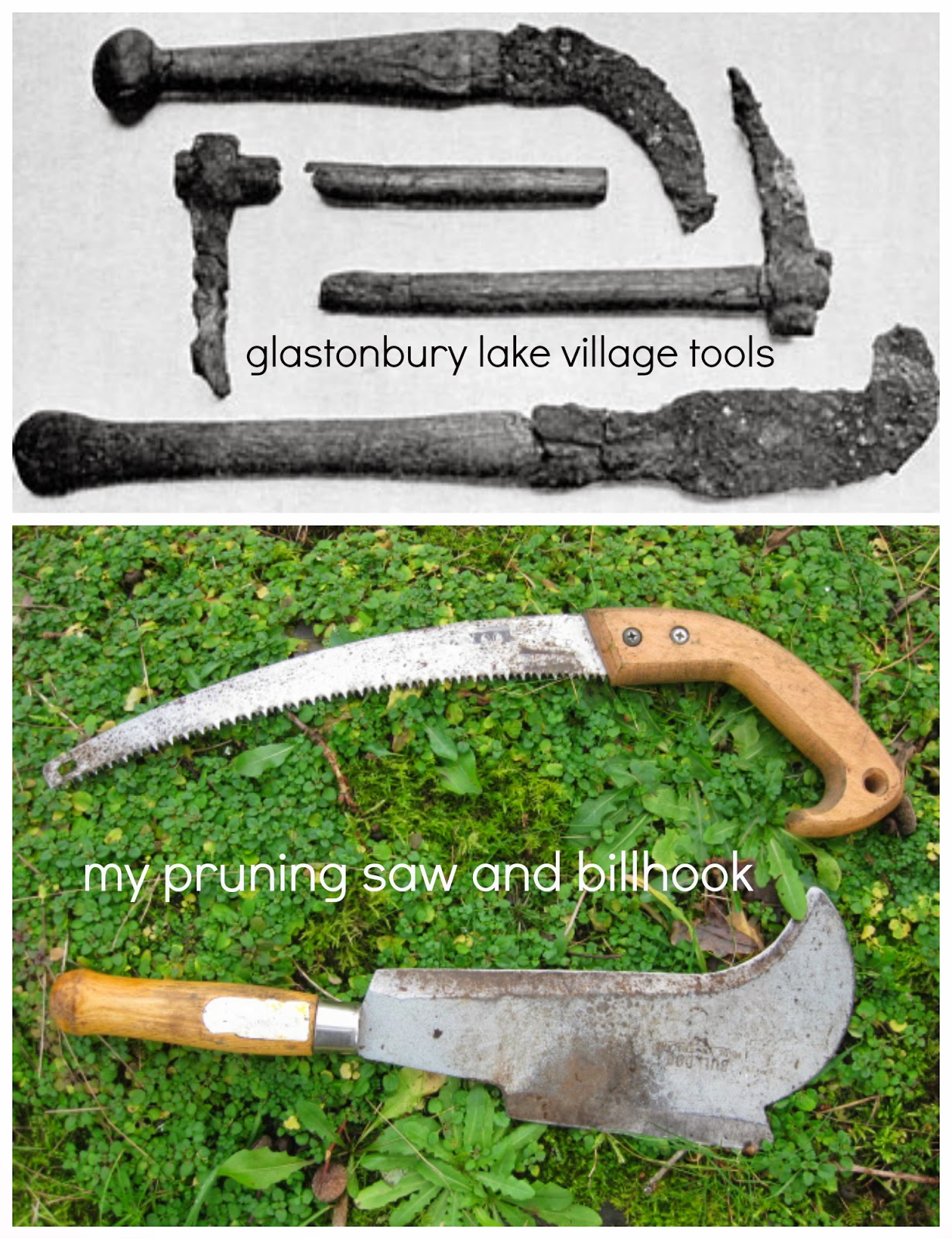 The saw even has the teeth set to only cut on the pull stroke - exactly like my pruning saw.

If I had a really strong arm, I could throw a stone across the Bristol Channel and hit the spot where these tools were found. It's a weird feeling to be so separated from these people by time, but so intimately connected by the work of our hands. I'm not suggesting they were hedge laying - the great push to enclose the land was much later, but this is surely evidence of a people managing their landscape in a way that I would recognise.