how long is a piece of string?

I finally got the chance to have a nettle string making class with our resident Celtic wildman last week. We have a new experimental archaeology project underway at work - Bryn Eryr, a reconstruction of an iron age roundhouse farmstead from Anglesey in North Wales. As well as the main building operation, there is a lot of peripheral activity going on across other departments. The farmers are growing a field of spelt with the intention that the straw will be used to thatch the roof. The blacksmith has been making replica tools to create the wooden objects that will populate the buildings. The Celtic guy is charged with producing 4km of nettle string to make rope for lashing the roof structure - so he is busily teaching the technique to everyone who is willing (and a few who said yes without listening to the question properly). 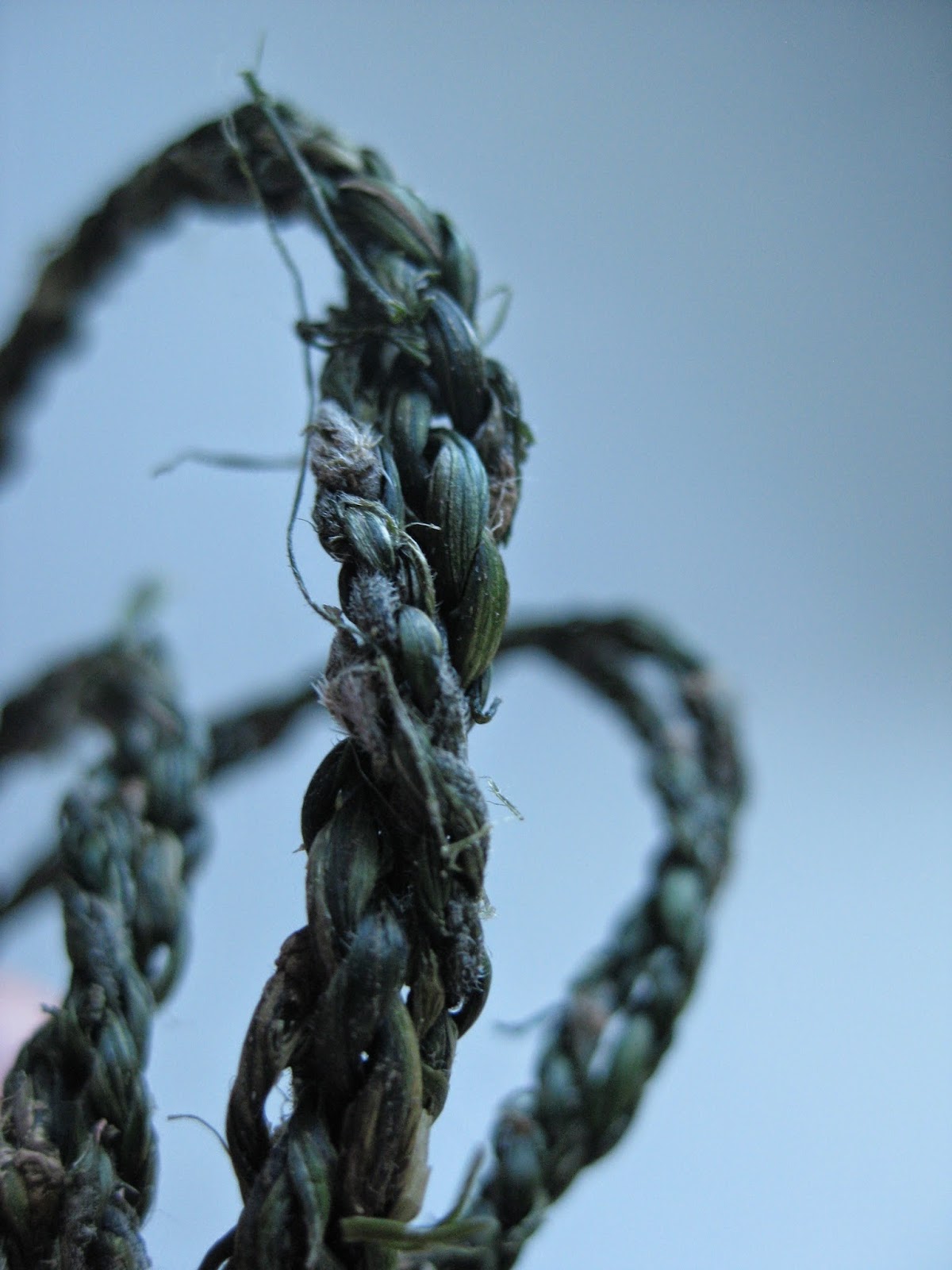 The operation falls into two stages - harvesting and preparing the fibres, then allowing them to dry and shrink overnight before twisting them up to make string. I have pictures of the first stage - but not enough hands to take process pics of the making phase. Gloves are advised for cutting the nettles and stripping the leaves off, but a good rub with a gloved hand is enough to remove the stings and make them friendly to handle. The stems are then lightly crushed and peeled to get the outer fibres. It reminded me of peeling the stringy bits off celery. 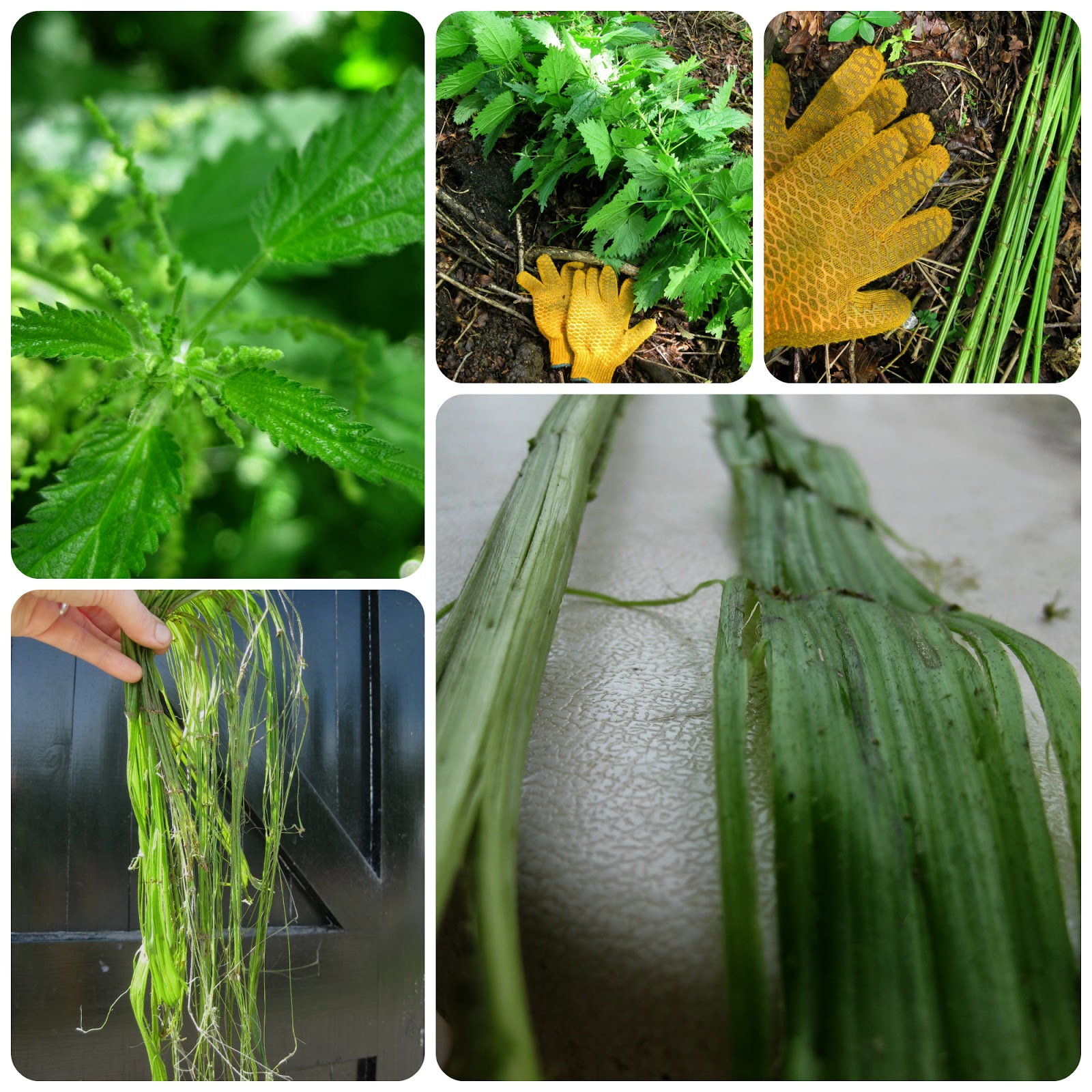 Twisting the fibres together to make string requires a little technique and creative skill. But not in a 'go away I'm writing War and Peace' kind of way - more the 'sitting round the fire having a gossip while creating with your hands' thing. A bit of patience and some acquired muscle memory will have you doing it while hardly even looking, just like your Nana knitting and watching the wrestling at the same time.


There's an excellent tutorial here from the lovely Ray Mears*

With my little pile of nettles I made about 10 metres of 2 ply string, which I then twisted up on itself twice more to make about a metre of 8 ply cord. (That's it in the picture at the top of this post). It's incredibly strong - I was going to try and take a picture to demonstrate its weight bearing capacity but couldn't think how. Suffice to say I could easily restrain someone against their will with it should I decide to kidnap them - don't have nightmares folks!

Not sure I'll be going into the string making business any time soon, (or the kidnapping business for the record). But it's a fantastically satisfying feeling to have the skill to whip up something so useful with your bare (okay gloved) hands.


* (who could canoe me up the fjords any day - Grylls might have the poster boy looks, but Ray would always cook you a much nicer tea).
Posted by Asparagus Pea at 12:14