Just remembered as I sat down to write a post about pruning cuts, that it's St Dwynwen's day in Wales.  She's the patron saint of lovers and her story, (various versions available), is a tragic tale of thwarted young love and ending up in a nunnery on Anglesey.  So a happy St Dwynwen's to you all - seedy in the best possible way! 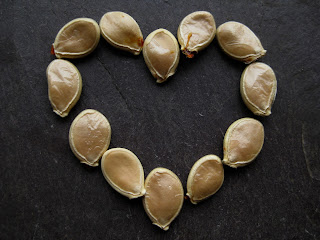 Now in a slightly strange juxtaposition - let's talk some more about pruning.......


There’s an awful lot of palaver made in gardening books about getting the angle of your pruning cuts exactly right so that the water runs off.  This has always struck me as slightly spurious – we’re not talking gate posts or shed roofs here!

I think it’s easier to remember what to do if you think about how plants grow – it’s all about the nodes.  The bit where a bud/leaf emerges from a shoot is called the node, and the bits in between are called the internodal spaces (feel free to impress your friends down the pub with that one).  In terms of growing action, the plant can only produce a new shoot from a node.

When you’re making a pruning cut, the thing you want snuggled right up close to the end of the shoot is a bud.  If you leave a stub by angling your pruning cut the ‘wrong’ way, or cutting halfway up the internodal space, the plant tissue will just die back until it gets to a viable bud.  So if you were doing something like an apple tree where you cut every single shoot, you’d end up with a halo of dead stuff all over the plant.  Your pruning cuts should leave the plant ready for action when the sap rises in the spring with a nice healthy bud at the end of each shoot.

The same theory applies to taking cuttings – the thing you need at the bottom of the cutting for root production is a node.  So make the cut at the bottom of your cutting just below a bud/leaf joint. Convention has it that these cuts should be straight across rather than angled.  The main benefit of doing this is it helps you tell which way up the cutting should go when you stick it in the pot – pointy at the top, flat at the bottom.