The hedge at the bottom of the orchard has been getting a bit out of hand over the last few years, so this winter I decided to lay it.  Forgot to take any ‘before’ pictures, but it was looking a lot like this… 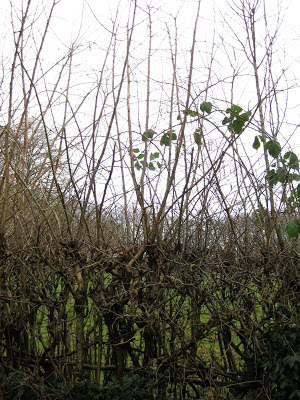 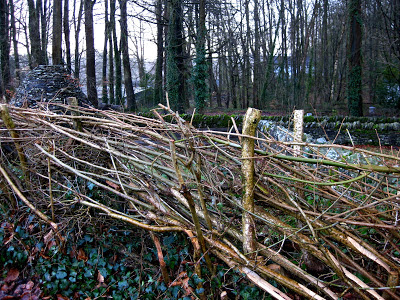 For any purists out there, I realise it’s not the most stylish piece of hedge laying in the world, but it is hedge laying - and I did it by myself.  You wallop your way through each stem almost all the way, leaving just a thin strip of living material that’s flexible enough to bend the whole thing over. Every metre or so you cut a few stems tall as living stakes and then weave the other stuff into and around them. Doing a whole hedge like this creates a dense stock proof barrier - the plan is to graze sheep in the orchard this year. It’s also a great resource for wildlife. 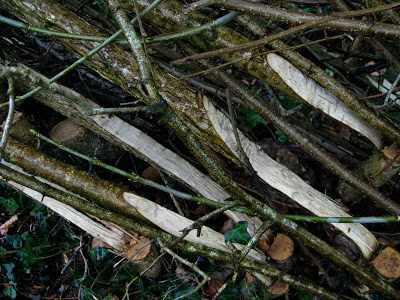 The traditional weapon of choice for this job is a billhook.  There’s something fantastically empowering and ‘don’t mess with me’ about slashing your way through a hedge with a billhook.  I would recommend it to anyone – especially since my idea of ‘women’s chainsaw group’ fell on pretty stony ground. It’s particularly gratifying as it’s almost exactly a year since I had carpal tunnel surgery on both my wrists, so it’s great to feel strong again.  I can’t believe that in less than 12 months I’ve gone from feeling like someone had swapped my hands for a pair of tiny kittens, to thinking ‘Hmm – must go lay that hedge’.  Proves there’s light at the end of the (carpal) tunnel. 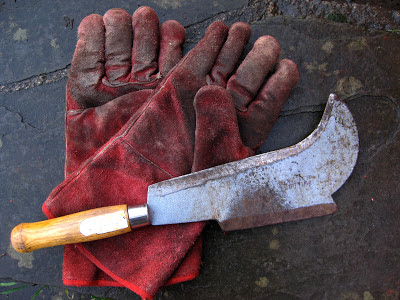 The hedge is mixed native species, mostly hawthorn and hazel, so as a by-product I’ve ended up with a lovely big pile of hazel ‘brash’.  This will make fantastic pea sticks, but it's handy for all sorts of things in the meantime, like keeping the pesky woodpigeons off my brassicas. 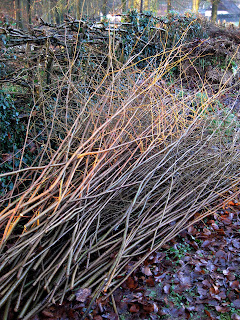 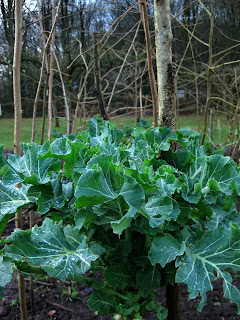 Here is everything you could wish to know about hedge laying.  When it’s done well they are truly beautiful, and this is the perfect time of year to appreciate the craft when you’re out and about in the British countryside. There are all kinds of different regional styles to spot if you’re a big nerd like me.  As you can see from my pictures I favour the ‘make it up out of your own head’ style….
Posted by Asparagus Pea at 20:02