The history of the potato is one of subjects that I can bang on about till the cows come home. At the museum where I work we try to match the gardens to the dates of our reconstructed buildings (as far as possible). So up to about 1720 there's no potatoes at all - they first appear in the garden of a house set at 1780. Potatoes were in Britain by 1597, (first written reference in Gerard's Herbal), but despite the common notion that Walter Raleigh bowled one up Plymouth Hoo, then we all went to the chip shop - they didn't become the staple food of the common man for about another 150 years. Before that the staple carbs were cereals, and in Wales that was mostly oatmeal. It was baked into oatcakes and boiled into flummery - a kind of solidified blancmange texture that you could slice.

So this week I have been lifting some spuds - we have some of the earliest named varieties of potato still in cultivation. Two of these are 'Lumpers', most famous as the crop that failed so drastically and caused the Irish Potato Famine, and 'The Yam' which is dated back to 1771. 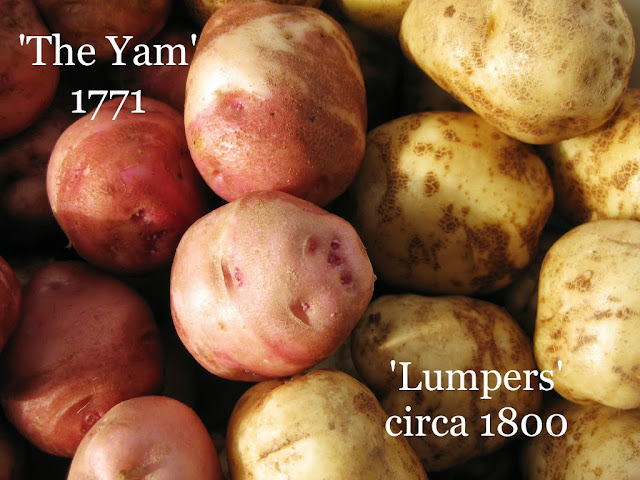 The big ones will be a feature of my harvest display for our Food Festival at the weekend,
but I thought I'd take some of the small ones home to do a bit of a taste test.* 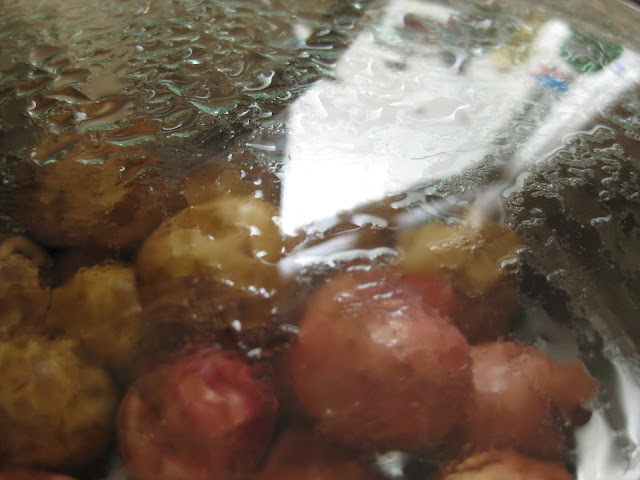 I scrubbed them, and steamed them for 25 minutes, 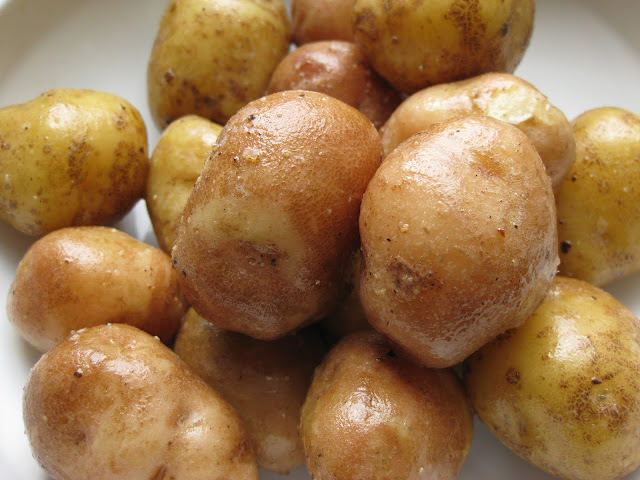 and served them with butter, salt and pepper. 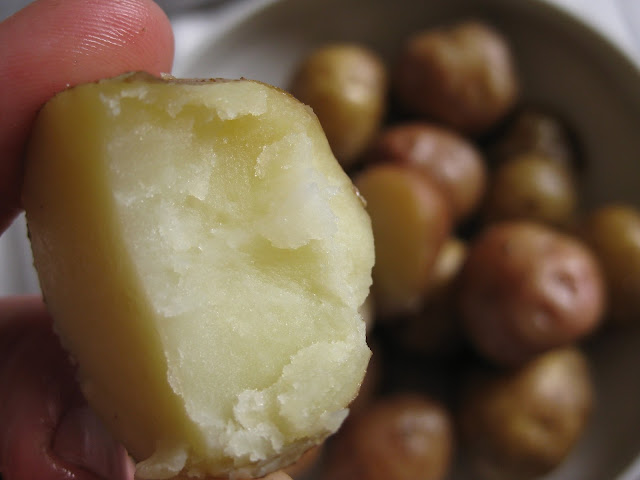 The texture of both was good - more floury than waxy. It was definitely worth steaming, rather than boiling them - I have had freshly dug spuds turn into a pan of smush on me before now. The Yam edged it slightly on taste, but they were both pretty good. I was pleasantly surprised, as they don't get rave reviews in the history books.

They are low yielding and disease prone compared to more modern varieties, so I don't think they'll be making a commercial comeback anytime soon. We grow them to help preserve the genetic material - potatoes have to be grown every year to keep them going, you can't stick them in the deep freeze like seeds.

*Here is a picture of the current state of the kitchen - not exactly a food blogger's dream. We've just started Week 7 and I feel like I'm starting to come slightly unglued now. 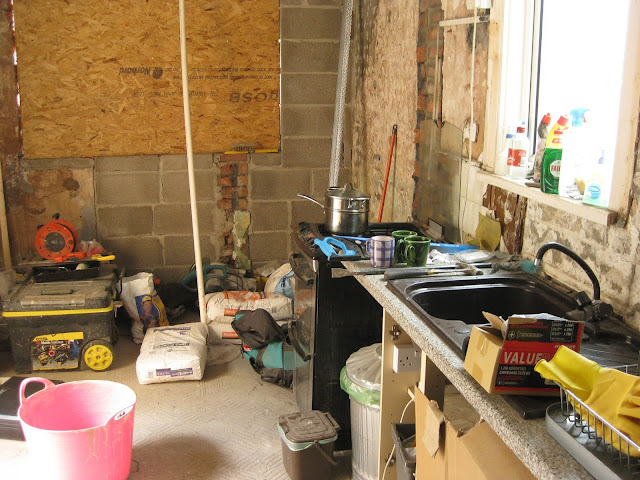