On Friday I spent the morning with a group of volunteers planting wildflower plugs into a piece of grass by the big museum in town. The plan is to create an urban meadow, with lots of stuff that's good for bees - then install some beehives on the roof. It's not my project, but I've been helping out with a bit of hort support. It was lashing with rain while we were doing the planting, so I was suitably dressed in waterproofs and boots. Before driving back to my museum, I decided to remove all my wet stuff and change my boots. While doing the 'don't put your socked foot in a puddle' dance by the back of the car, I seemed to have managed to stuff up my back. By mid-afternoon I felt strangely in need of a hip replacement, and my drive home was mostly in third gear as I was having trouble lifting my leg up to depress the clutch pedal.

After an early morning distress call to the osteo on Saturday morning, I am mobile again but extremely tender.  So what do you do when you're in an analgesic haze, with an attention span of about 10 minutes, and a fuse of about 5 seconds? 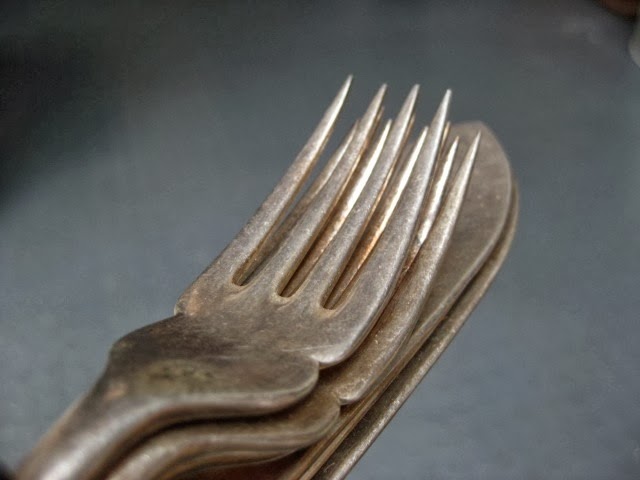 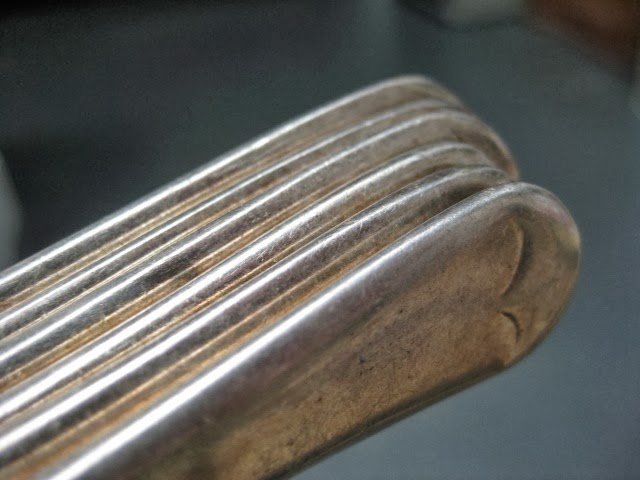 As part of the kitchen renovations we put in a dishwasher - I've never had one before. It soon became clear that six forks was not going to be enough in this brave new world of domestic appliances. So the highlight of this weekend was a short shuffle round the corner to our favourite junk/vintage store. There are always a few trays of assorted cutlery and kitchen bits there - I find them very poignant, little fragments of ladies' lives that remind me of my nana's house. We have spent so much money and made so many 'choices' as part of the building process, that it felt good to assemble a haphazard handful of useful items delivered by the random gods of house clearance. 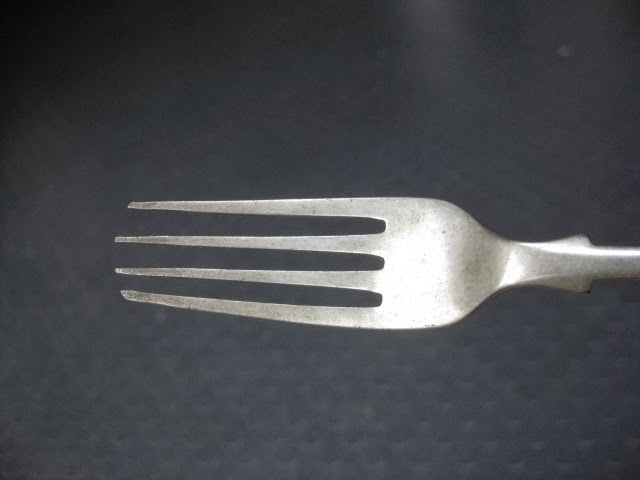 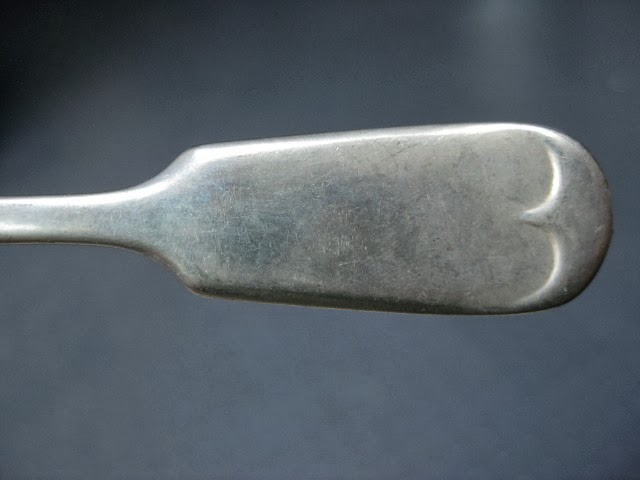 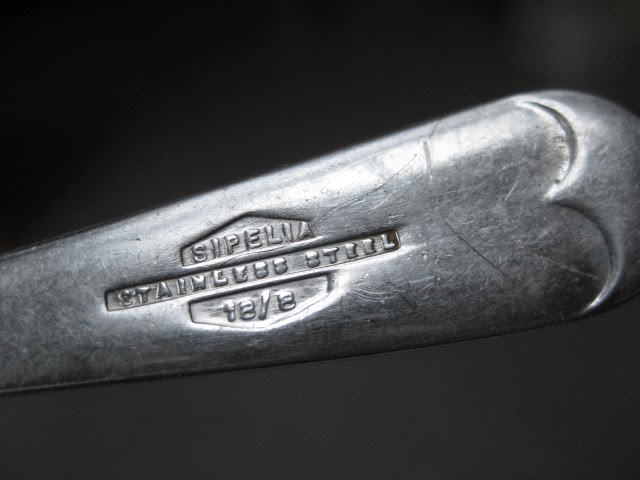 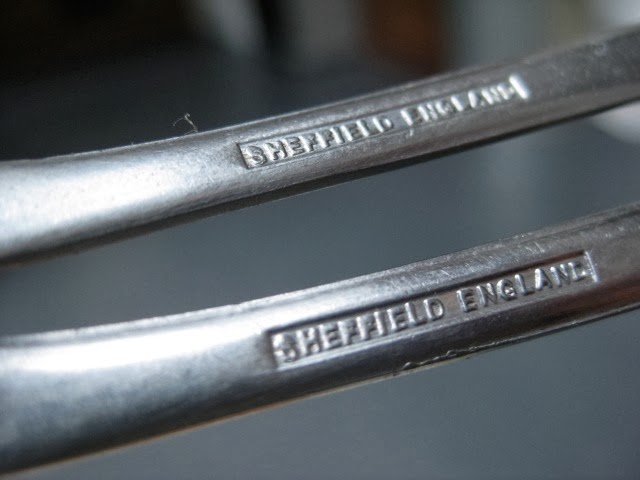 While Mr Asparagus Pea was downstairs perusing the defunct electrical equipment (his all-time favourite thing), I was on my hands and knees (can't bend over), rifling through the kitchenalia.  In amongst all the usual mixed stuff I found a little wooden box containing these stylish beauties. 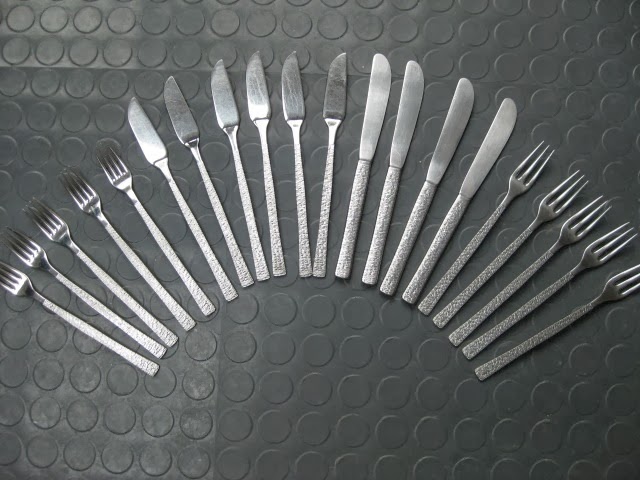 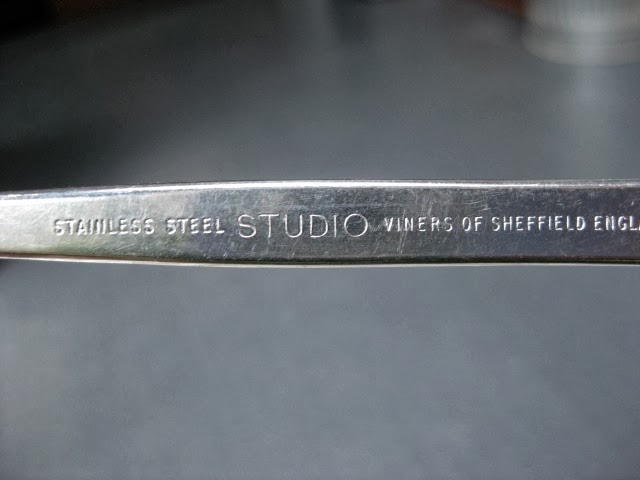 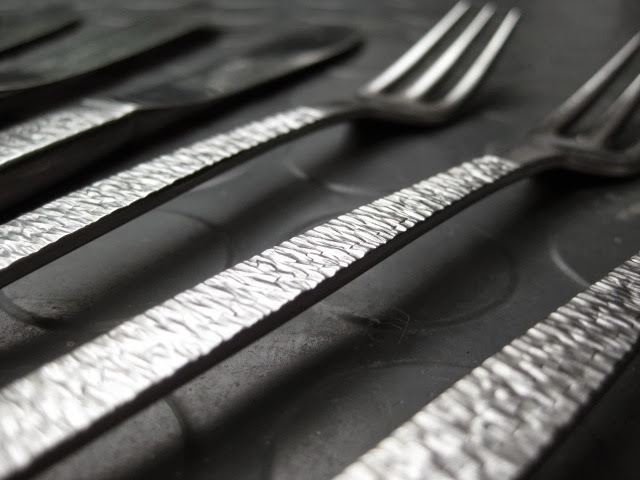 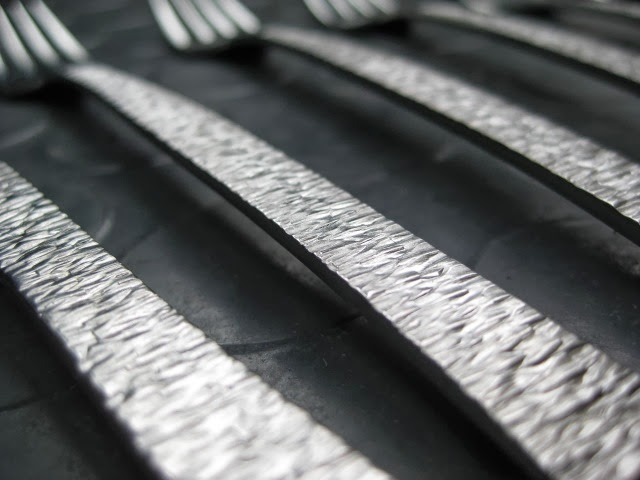 They're from the 'Studio' range by Viners of Sheffield, designed in the 60's by British silversmith, Gerald Benney. Very mid-century modern with their elegant lines and bark textured handles. Now I don't normally buy with a view to putting stuff on eBay (unlike my canny husband), but a girl only needs so many fish knives (or in my case none). So I might cover the cost of my cutlery haul by selling this set of six. 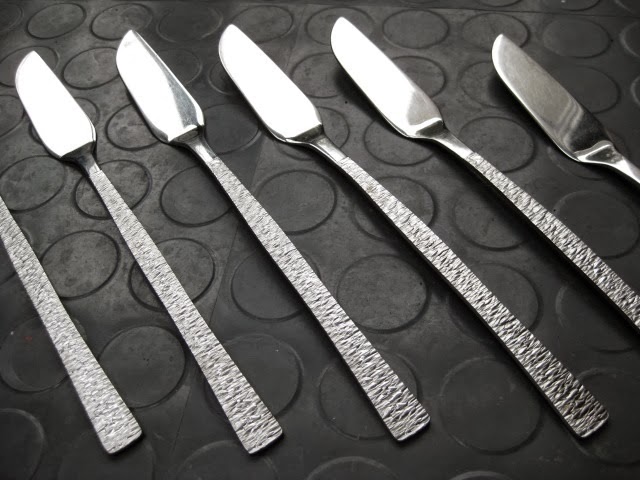 (I do plan to wash all of this before it goes near any food -
but the floor was the most comfortable place to take the pictures!)

Email ThisBlogThis!Share to TwitterShare to FacebookShare to Pinterest
Labels: kitchen