I like to learn new skills. As well as long periods of regular employment for decent money - my portfolio career has included interludes of toilet cleaning in a psychiatric hospital, cauliflower picking and dental assisting in Western Australia, and occasional stints as a waitress, barmaid and checkout chick. I think I have mentioned previously that one of my mantras has always been 'You'll never be in the gutter if you're till trained.' I have a very dear friend in NYC who, as well as wishing all the usual 'health and happiness' stuff for her child, publicly states that she would like to equip her daughter with all the skills she might need to live under a bridge by the time she's nine. That's my kind of parenting!

Bearing all that in mind, I seized the opportunity to have a go at sheep shearing yesterday. My very patient colleague (who is a proper kick-ass farm girl), had the first bunch of ewes and yearlings in to shear, so I asked her to teach me.

Now I realise that at nearly six foot and pushing fifty I wouldn't be anybody's first choice as a shearing hand - but I was prepared to give it my best shot! I was brought up watching competitive shearing at the local A and P* shows in NZ (we knew what real entertainment was in those days!). 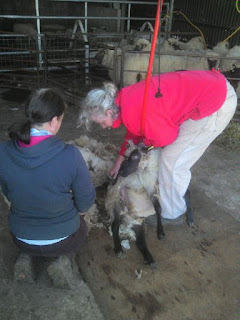 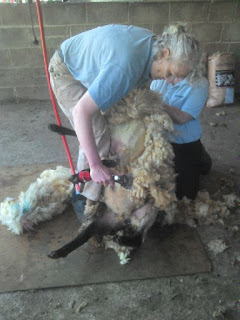 A bit like wielding a cut-throat razor and trying to hold a really difficult yoga position...
.. while somebody tries repeatedly to push you over.

This was my first attempt... 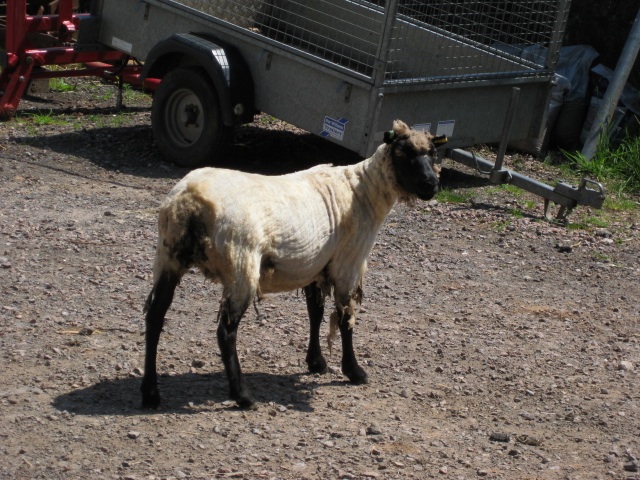 The one in the middle is how they should look - the other two are mine.
I think the rest of the sheep are probably being mean to them about their hairdos now. 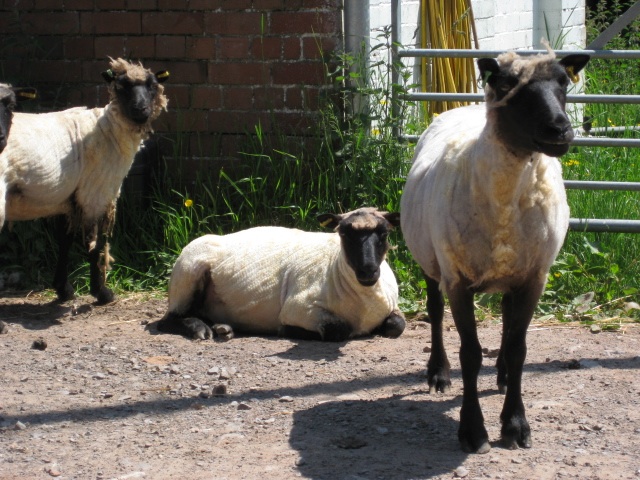 But I managed to get the fleeces off in one piece, without severing any ears (or other vital bits and bobs). Today, I feel slightly like I have been hit by a truck, but intend to have another go when the farmers bring the main flock in some time next week.

Don't know about you, but if the sheep need shearing after the Apocalypse - I'm gonna be ready....!!!

*Agricultural and Pastoral Shows
Posted by Asparagus Pea at 18:17