It's time to get supports in for all my tall heritage veggies, (shortness has been bred into modern varieties to make them easier to manage).  These 'Champion of England' peas will easily get to 2 metres - so although these might look like the most optimistic pea sticks in the world, they'll be fully covered in a few weeks. They need to be strong enough to hold the weight of the crop without keeling over at the crucial moment. I kept lots of nice sturdy bits of hazel from the hedge I laid back in January - perfect for the job and I love how they look. Plenty of twiggy bits for the peas to wrap their little tendrils around as they sprint skywards. 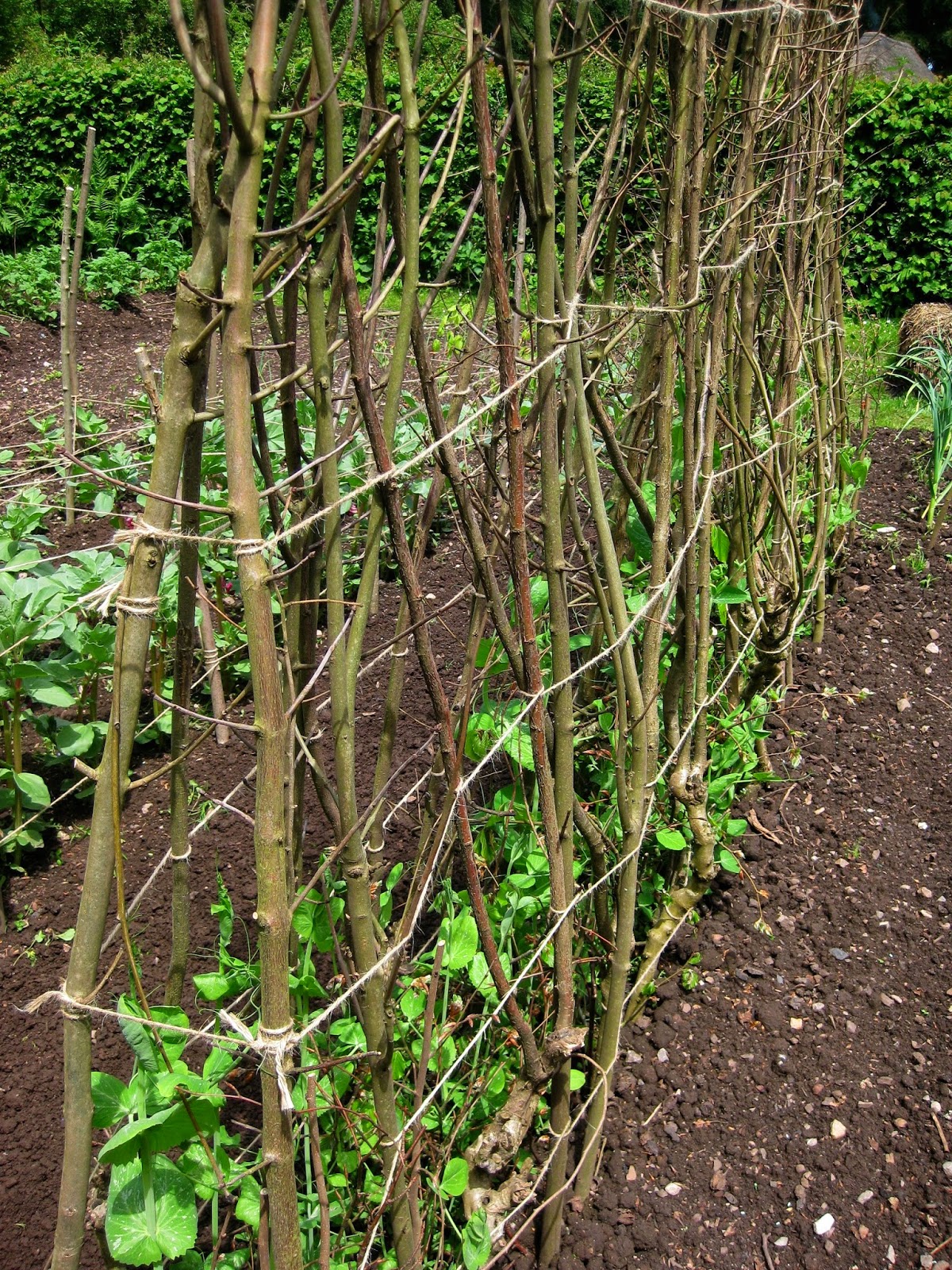 On Monday I found myself short of a few sticks to finish the supports for my broad beans. Now I wouldn't normally disappear up the woods on a busy bank holiday (honest boss if you're reading this), but the siren call of an hour's peace among the trees was hard to resist. So I took some loppers and set off to cut some ash poles. 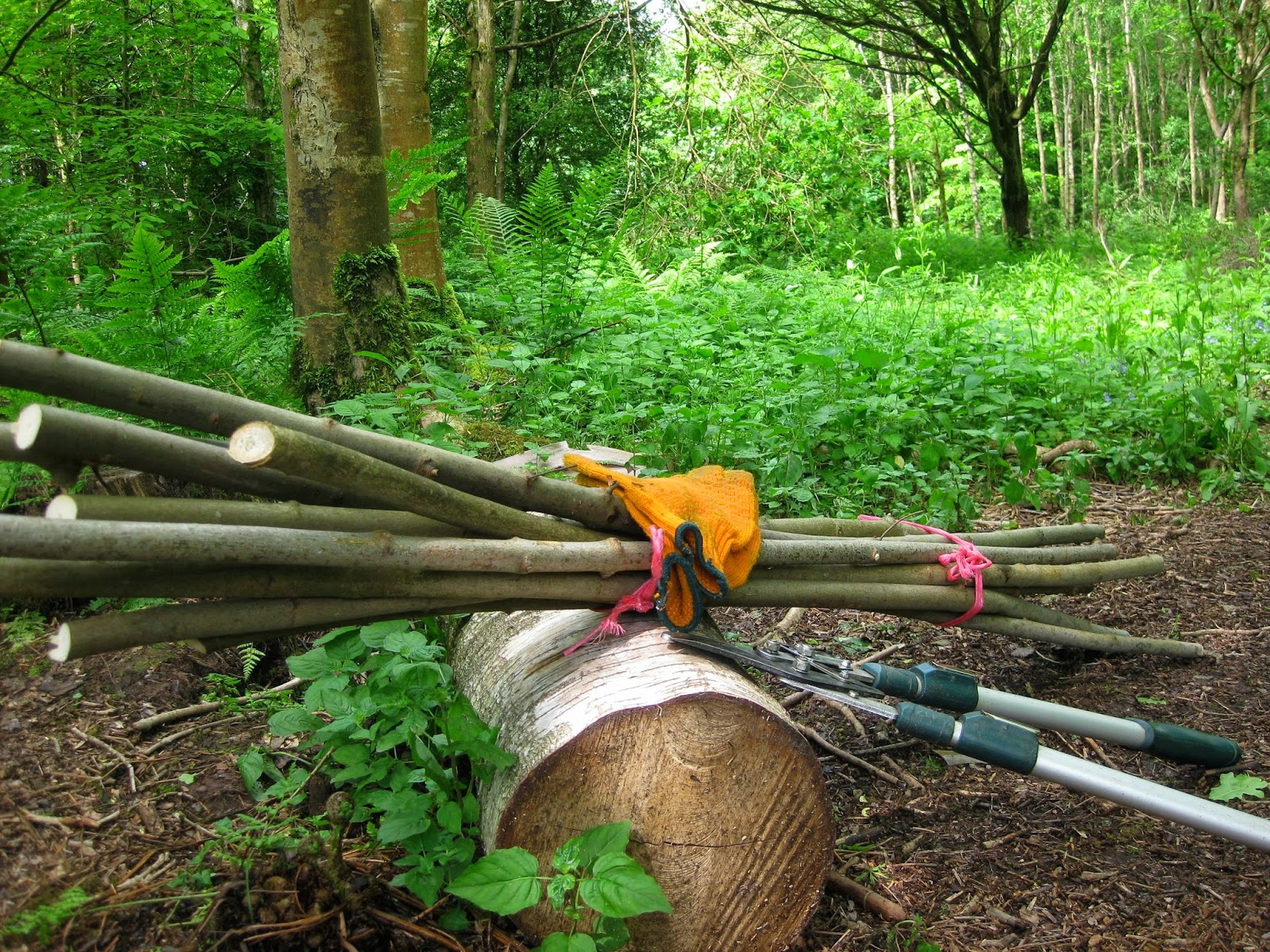 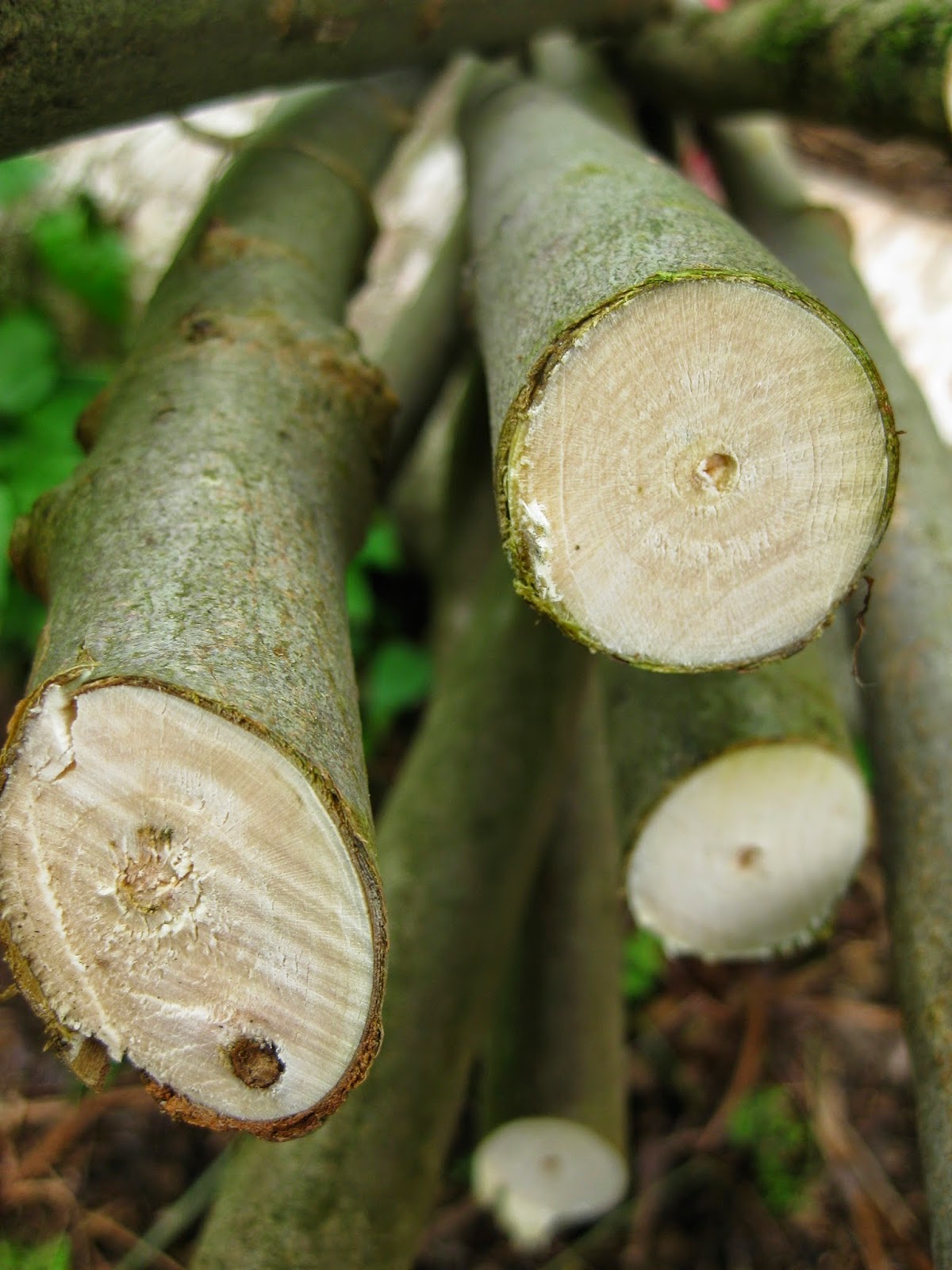 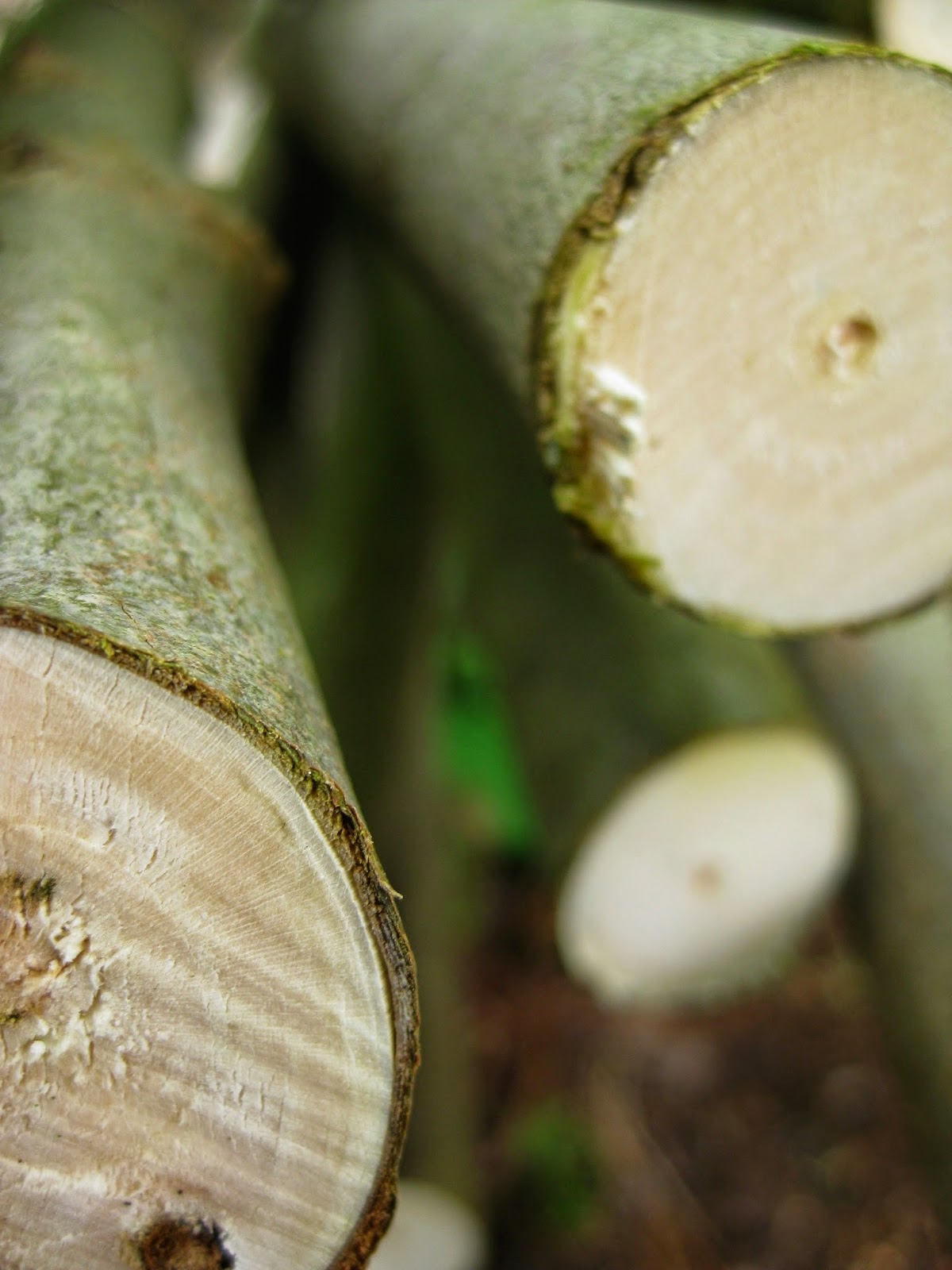 Here they are in situ with cats cradle string. 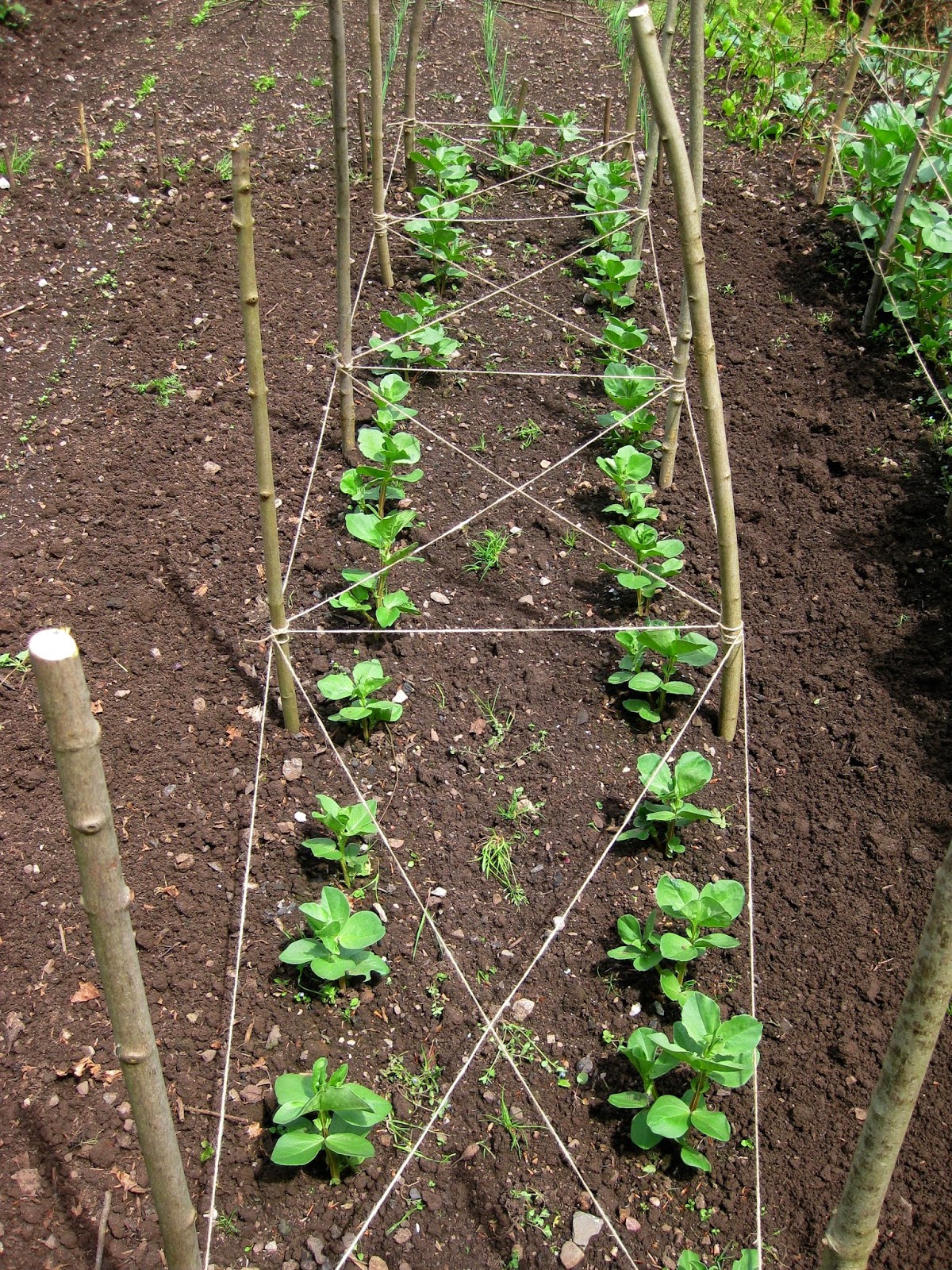 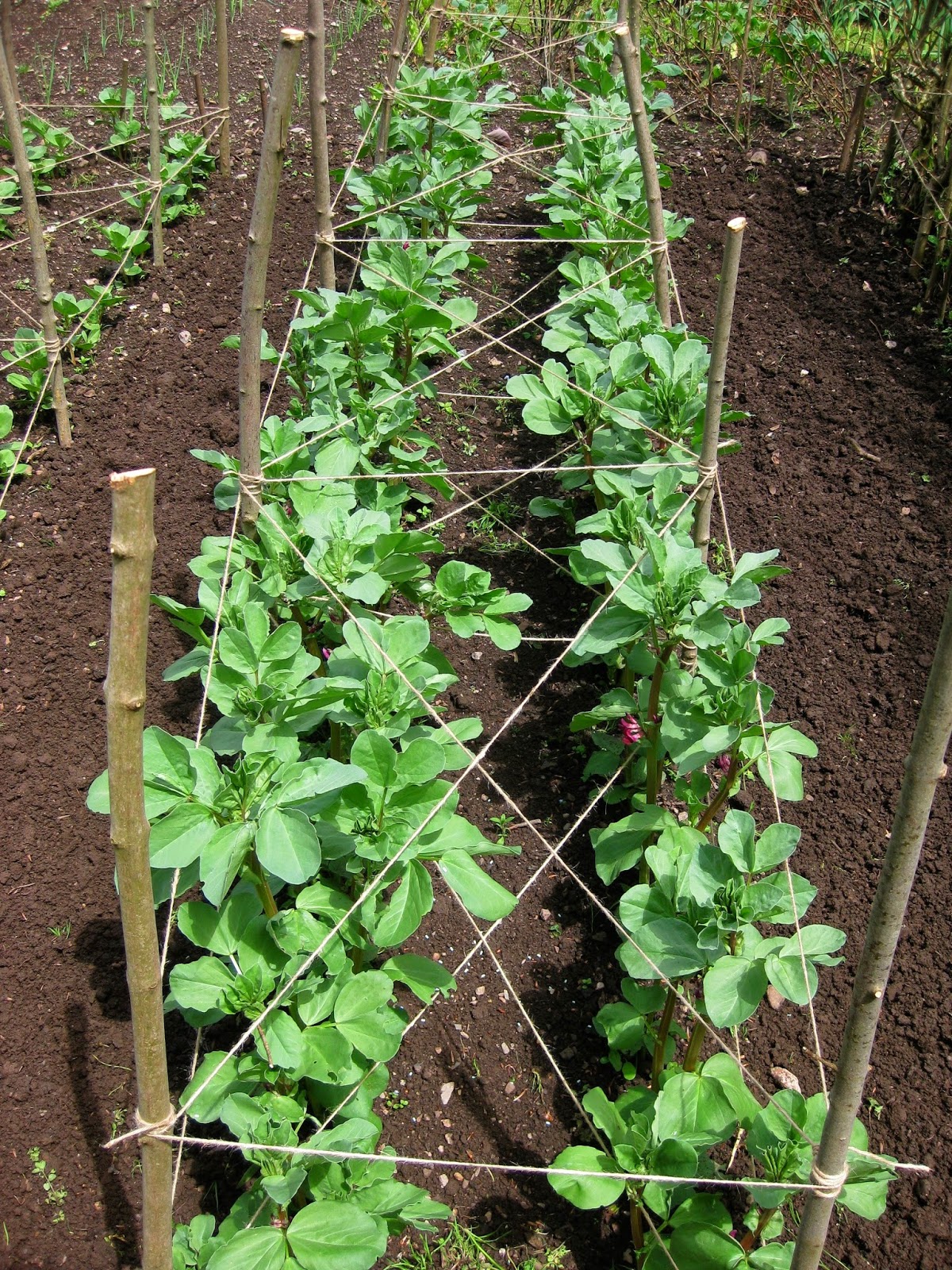 The beans on the right are a month ahead. 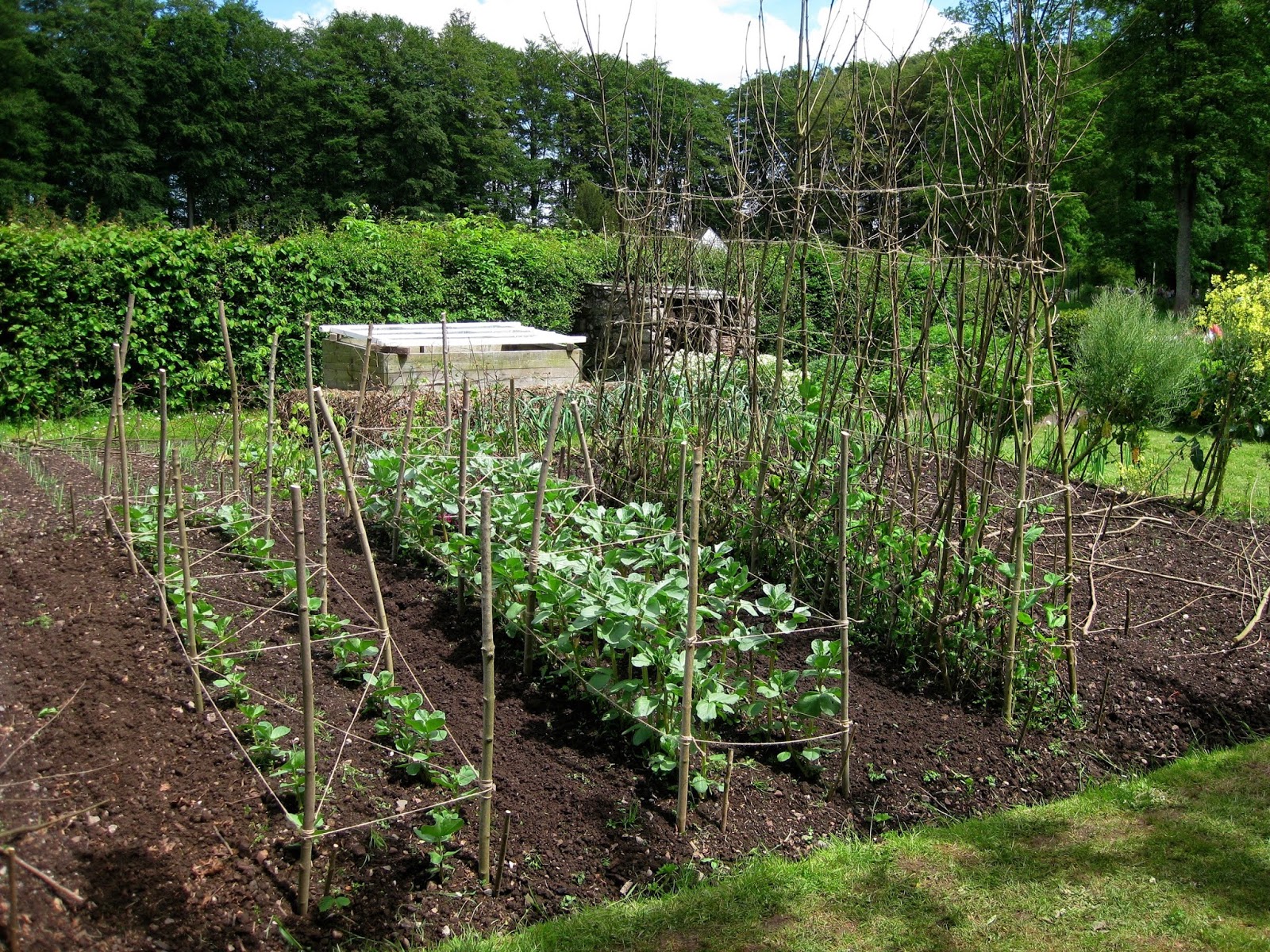 I'm going to learn to make string out of nettles to help build our new Celtic village.
That's exciting (if you're me).
My arms are covered in nettle rash from pulling them out of the hedges.
Might as well make use of the little buggers - too tough to eat now, so string it is...

When kids are little they play that game of moving their toys from one place to another. My friend calls it 'You Go There, You Go There'. As we slog on with decorating the house, areas are starting to be finished and the last few house moving boxes are being unpacked. It's mostly books and a few photos - so I get to play 'You go there…' with things I haven't seen for a couple of years. In amongst them was another of my mini collections….


Passport pictures through the ages. 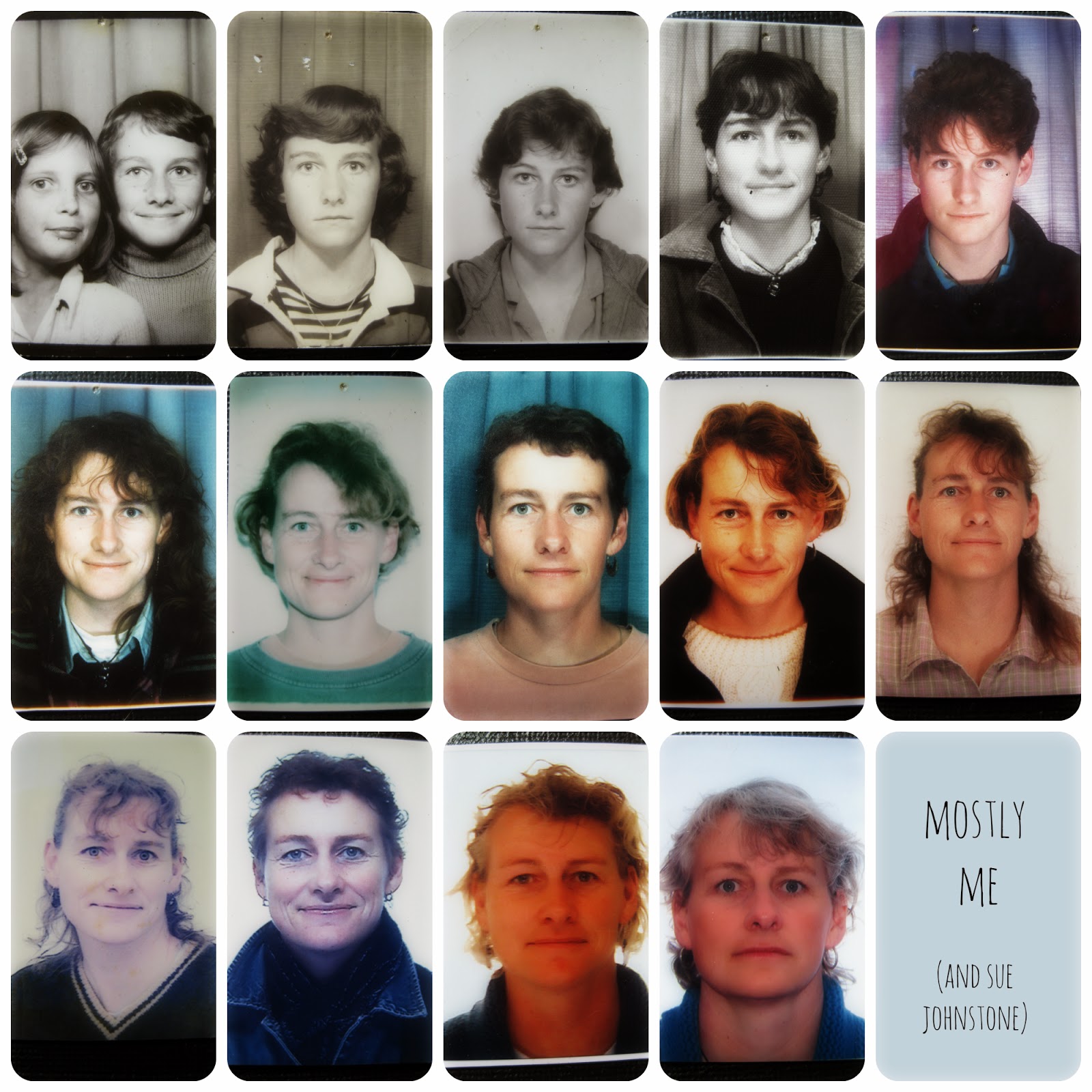 Well as someone who has moved hemisphere/country/house on multiple occasions,
I can tell you that my personal archive of crap treasure would fit into a small valise if it had to.
No inherited furniture, no large musical instruments -
pointing no fingers, but before we moved house we were a two harmonium/one piano family.
We're down to one harmonium and a piano now.
I'm not a minimalist, but I crave calm and space more than I need to keep stuff.

High on the list of FAQs at the museum where I work must surely be ‘What do you do with all the vegetables from the cottage gardens?’ Ever since I have been there we have sold the produce on an ad hoc basis to visitors and staff, but the imbalance between quantity produced (small) and visitor numbers (high), means that we fail to address the public perception that we aren’t ‘doing anything with it’.  On a busy day in high summer 30 people might go home delighted with their bag of peas/punnet of gooseberries while the other 5,870 go home thinking it's a shame we don't sell the produce. Also I can categorically state that nobody has come for a family day out at the museum wanting to carry a 2 kilo cabbage around in the pushchair!

Earlier in the year a chance remark from the director of the museum, that the chef would like some herbs to use in the restaurant, set me thinking that maybe the time was right to try a Plot to Plate project where the produce gets used in the on-site restaurant. I realise this is not a fantastically original idea - lots of places do it already. But their visitor numbers are mostly small compared to ours, and a lot of them shut in the winter.  So after a bit of gentle pushing and shoving on my part, we're running it as a pilot scheme this year.

I had a very productive walk around with the chef, good for both sides to think about the practicalities. The great news is that he's very interested in the things that have always been  impossible challenging to sell, like cabbages, turnips and prickly skinned cucumbers. Conversely, not so bothered about the peas and broad beans - too much prep so they buy frozen. He also made excited faces when I said things like 'quince', 'cooking pears' and 'kale', which was extremely gratifying.

It's been a gentle start, with a few kilos of rhubarb a week and some trays of mixed herbs 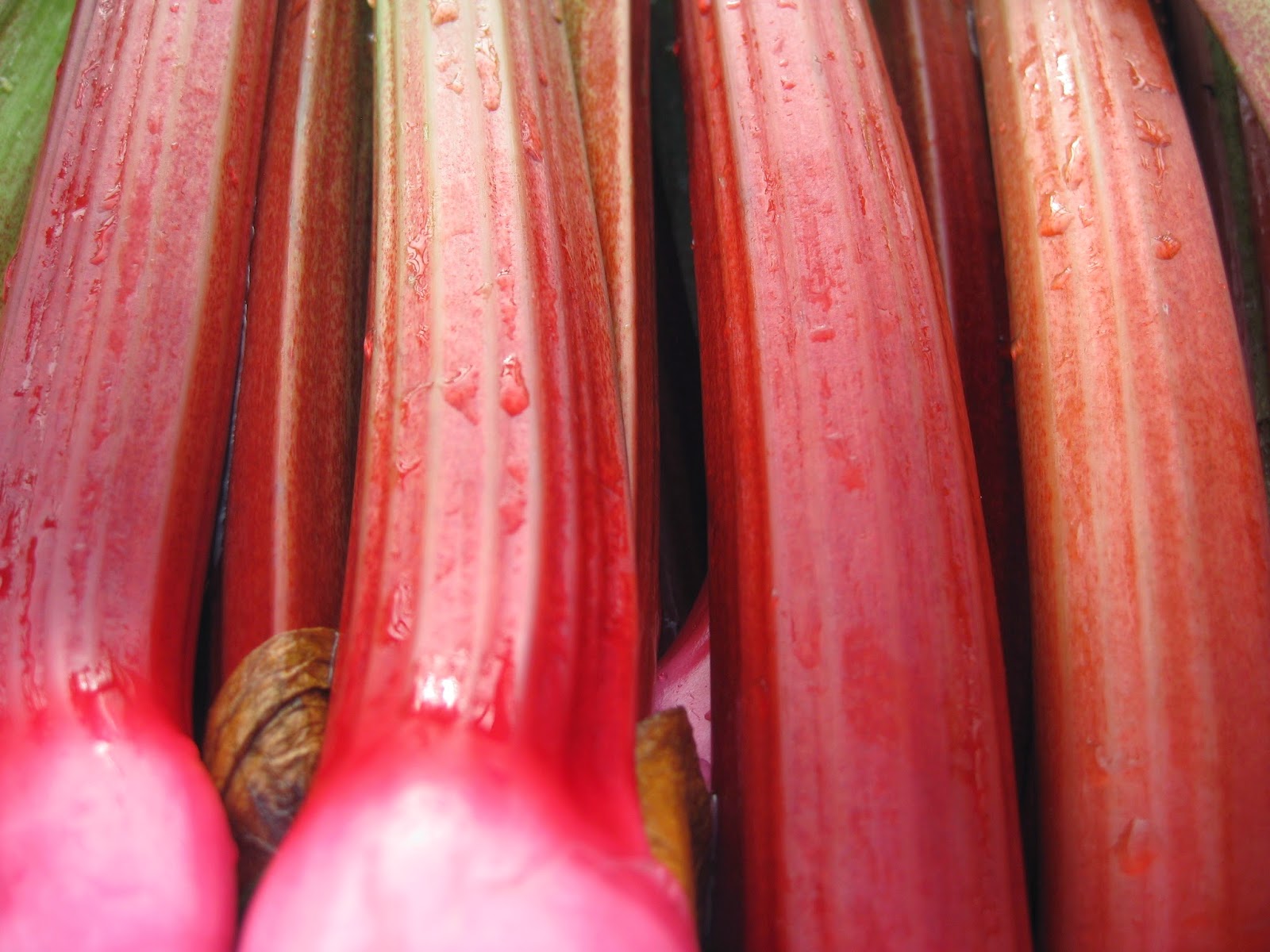 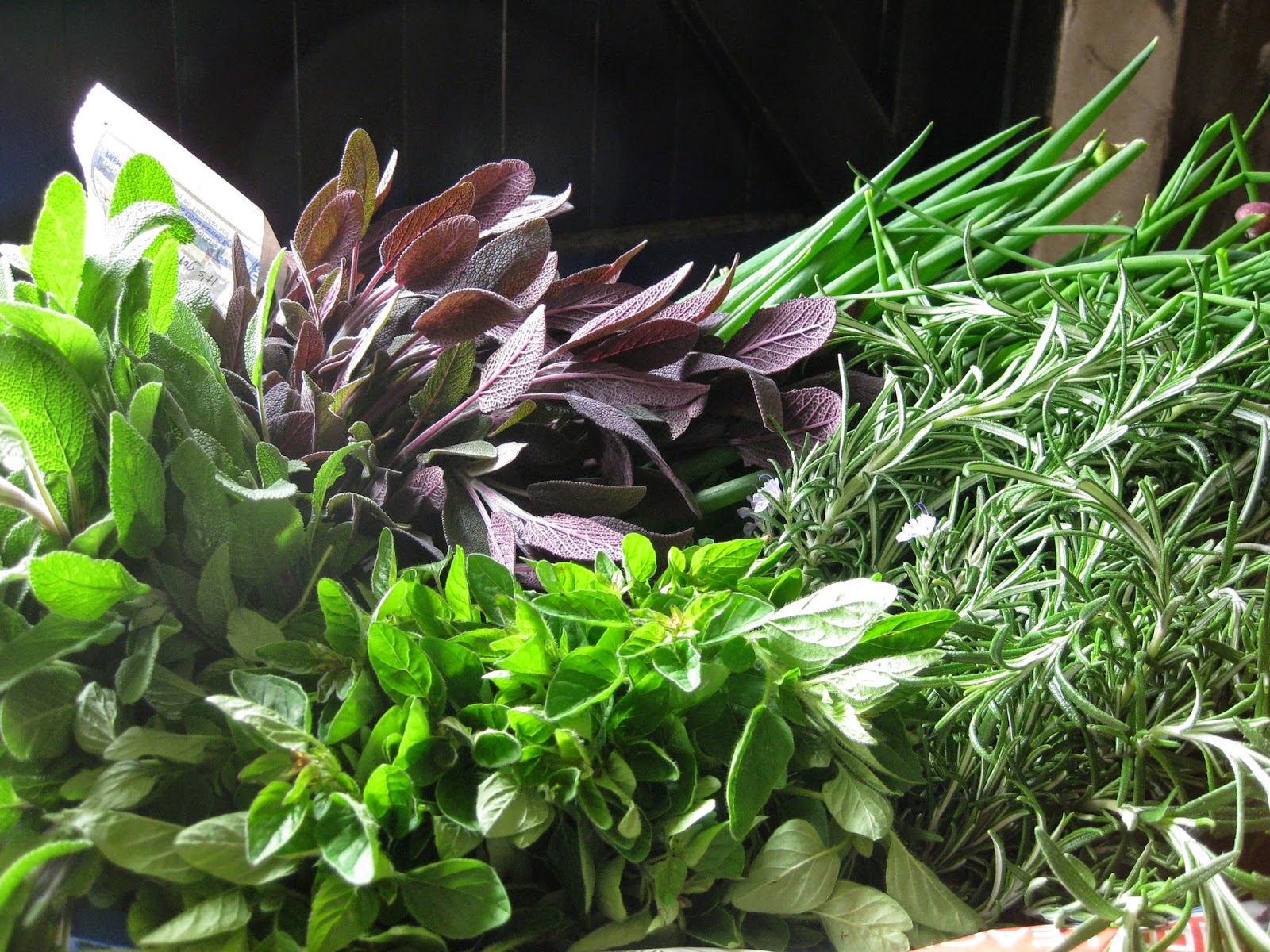 I've even got some new scales 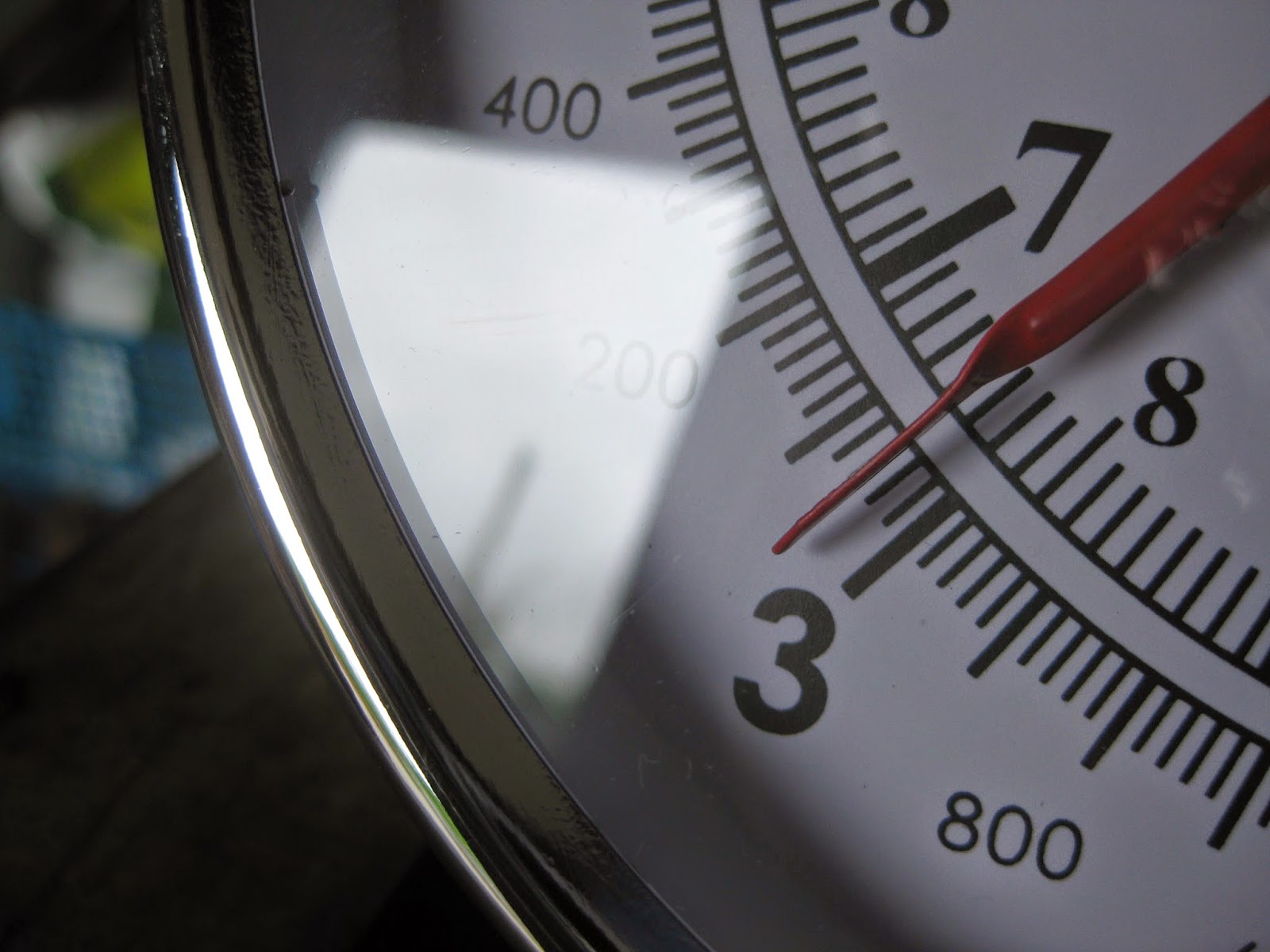 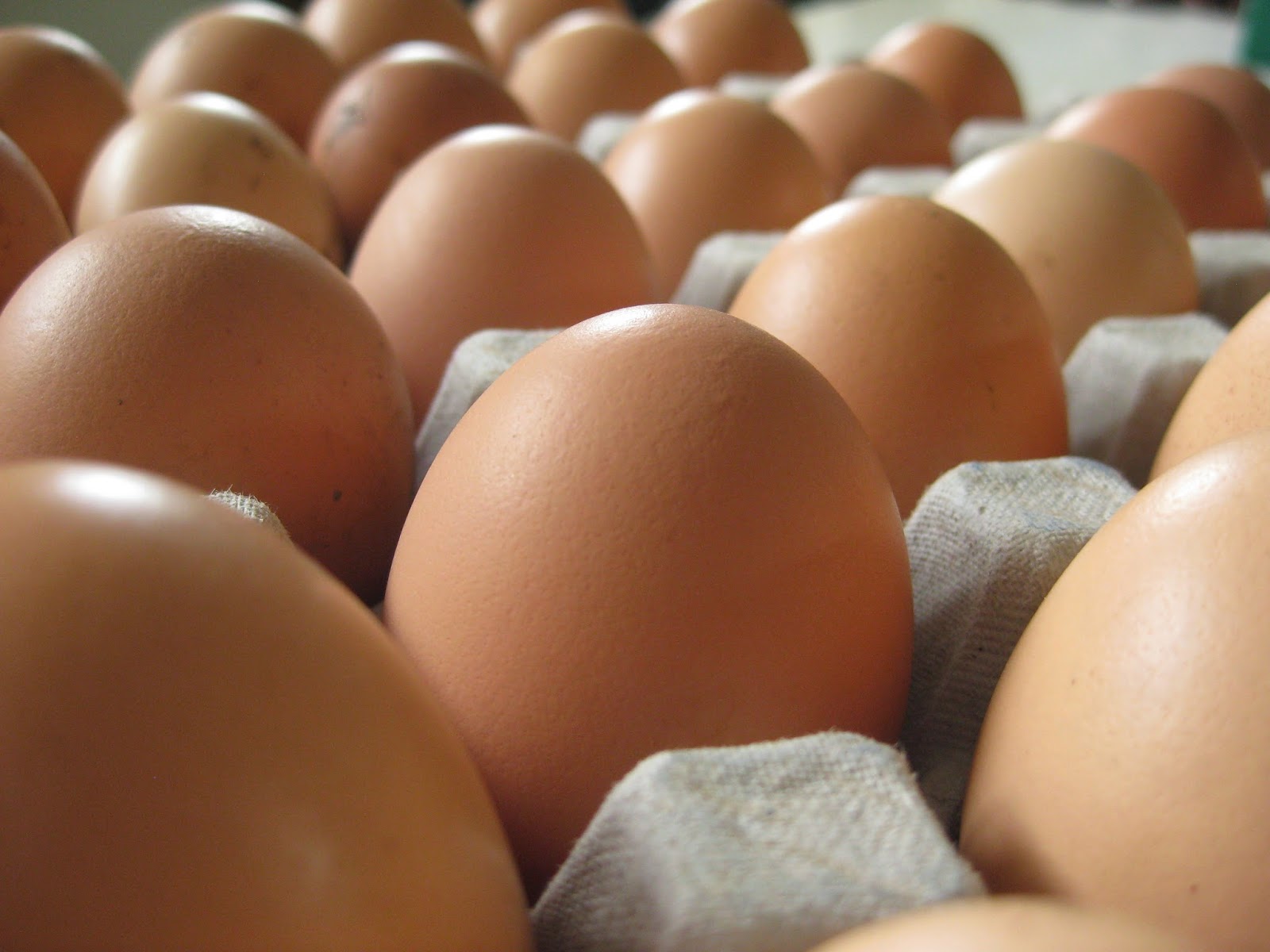 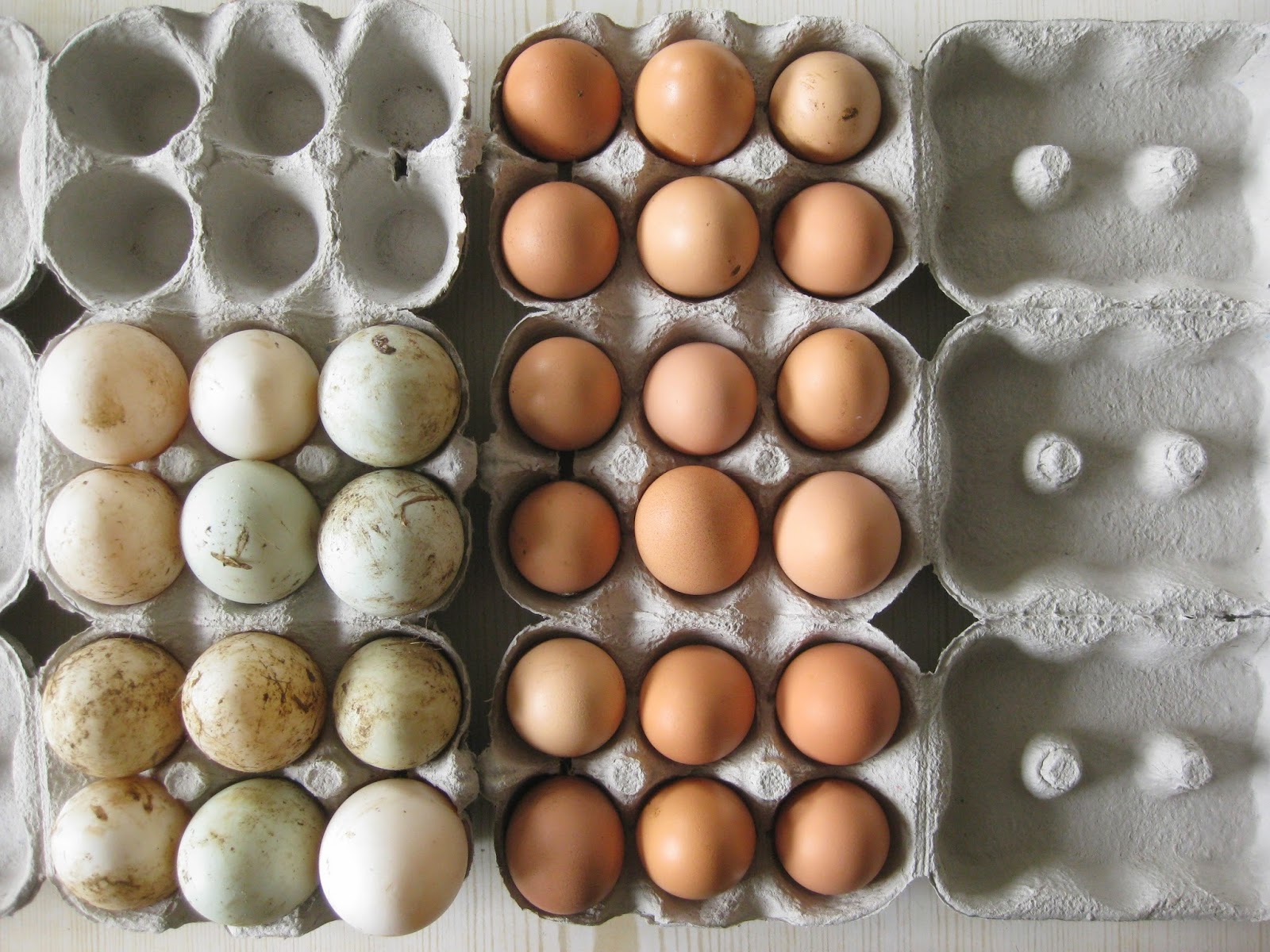 I am not a collector (living with a reformed hoarder means I feel the need to set a good example), neither am I a great vintage clothes shopper. Being the tallest woman in Wales (unconfirmed), means there is precious little that would fit/suit me anyway. I don't sew but I can knit and crochet - but last time I made something to wear was more than 5 years ago. It was a cardi if you're interested, and when I put it on Mr AP said 'Aha - bingo wings!' So I immediately unpicked it and made a blanket with the yarn. Yet the blogs I am drawn to read are all you girls who craft and collect and make beautiful fashion statements from bits of vintage loveliness….


But I like a recurring theme and we all have our 'things' right? Mine include:
It's particularly satisfying when things fulfil more than one of those criteria.
So I bring you my mini collection of american scarves… 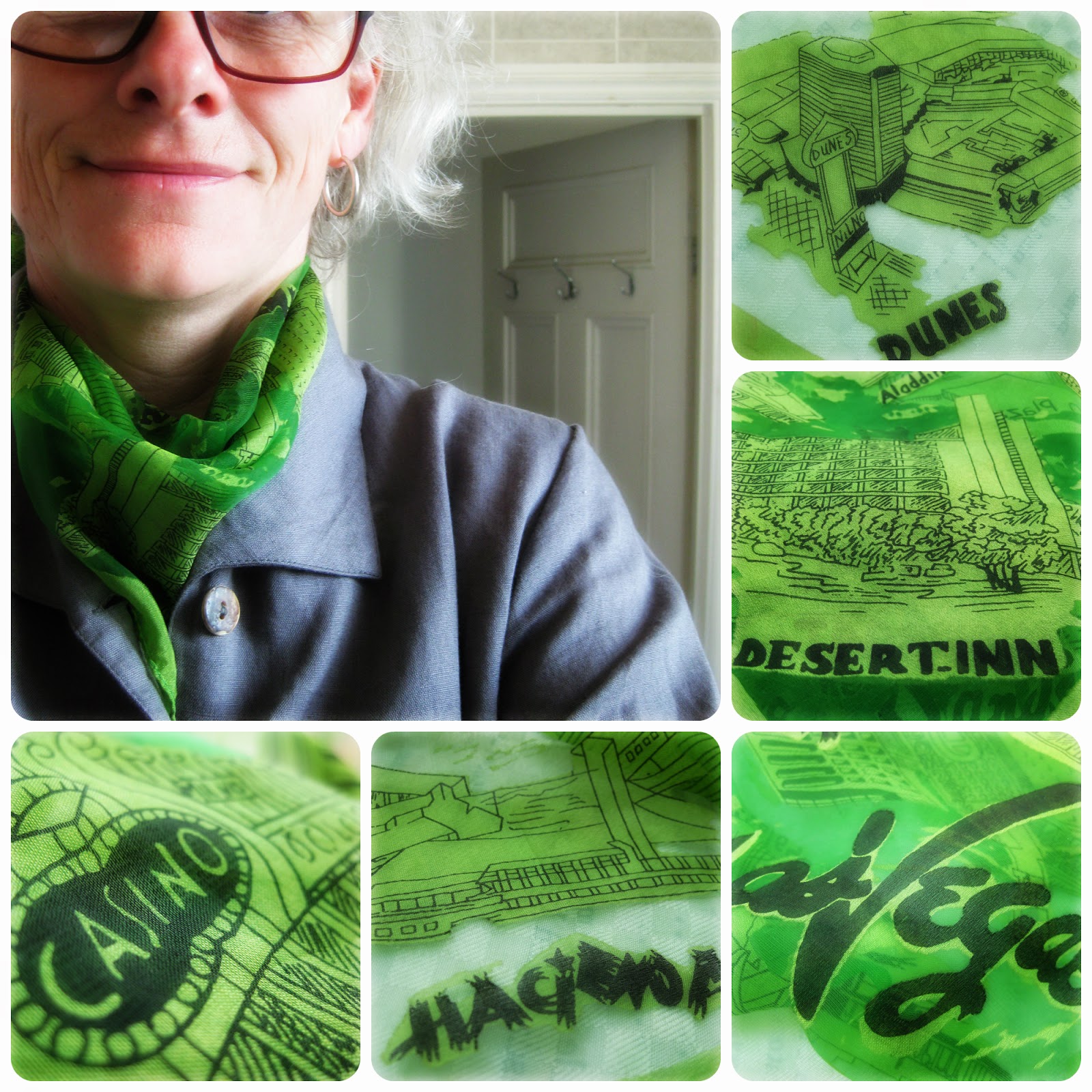 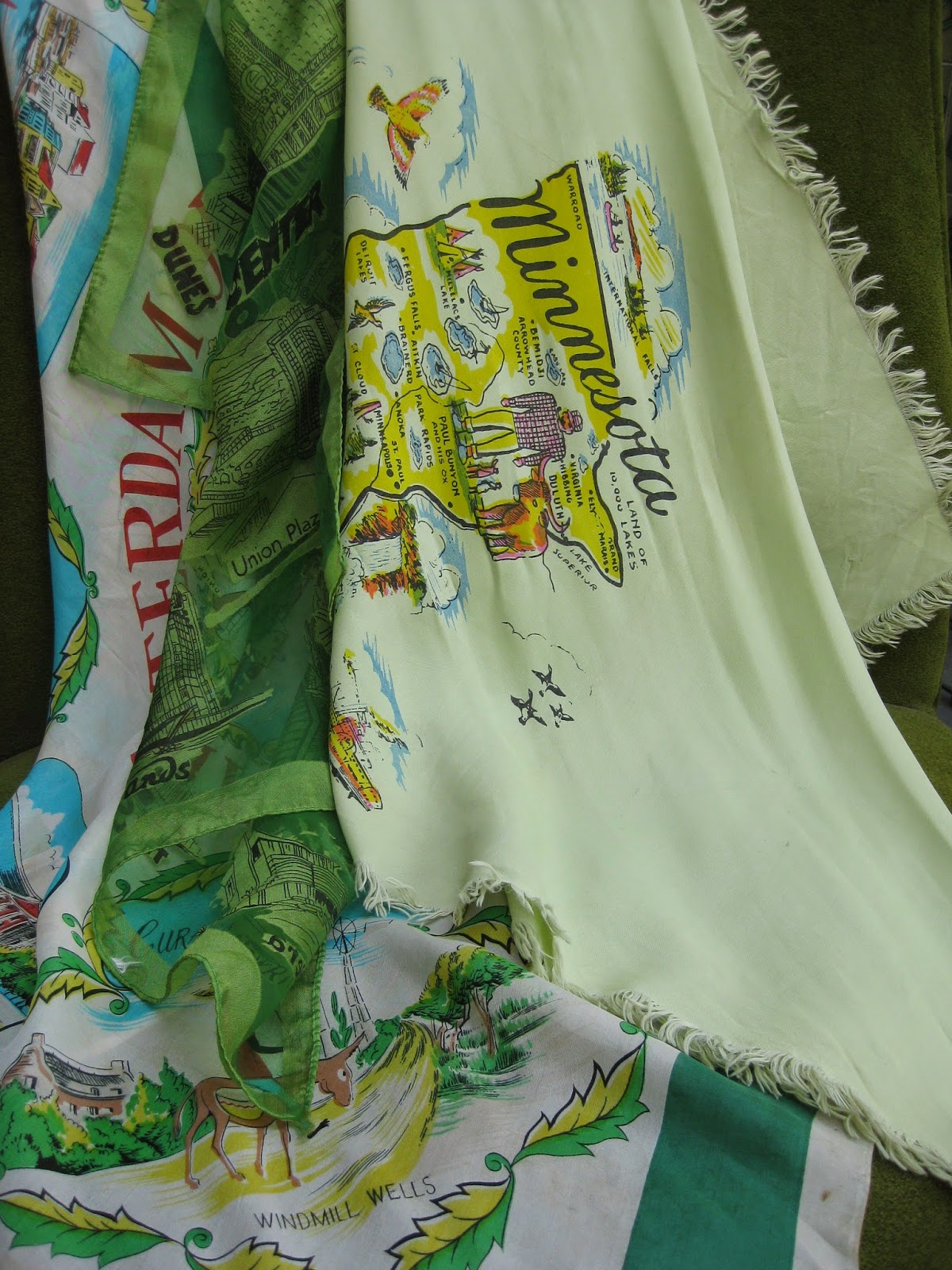 Can you spot the obsessions? 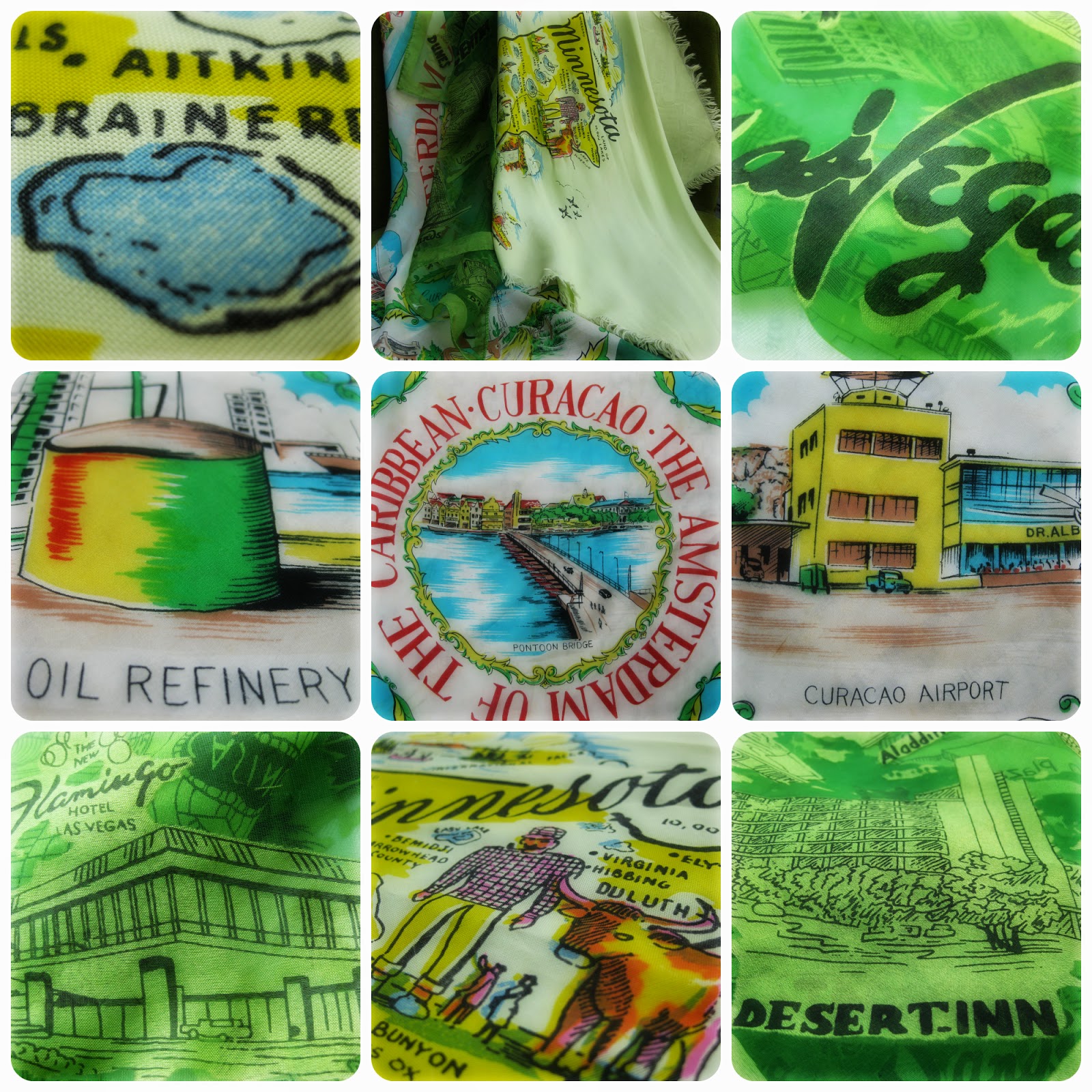 In other news -
more cleaning concrete off tiled floors 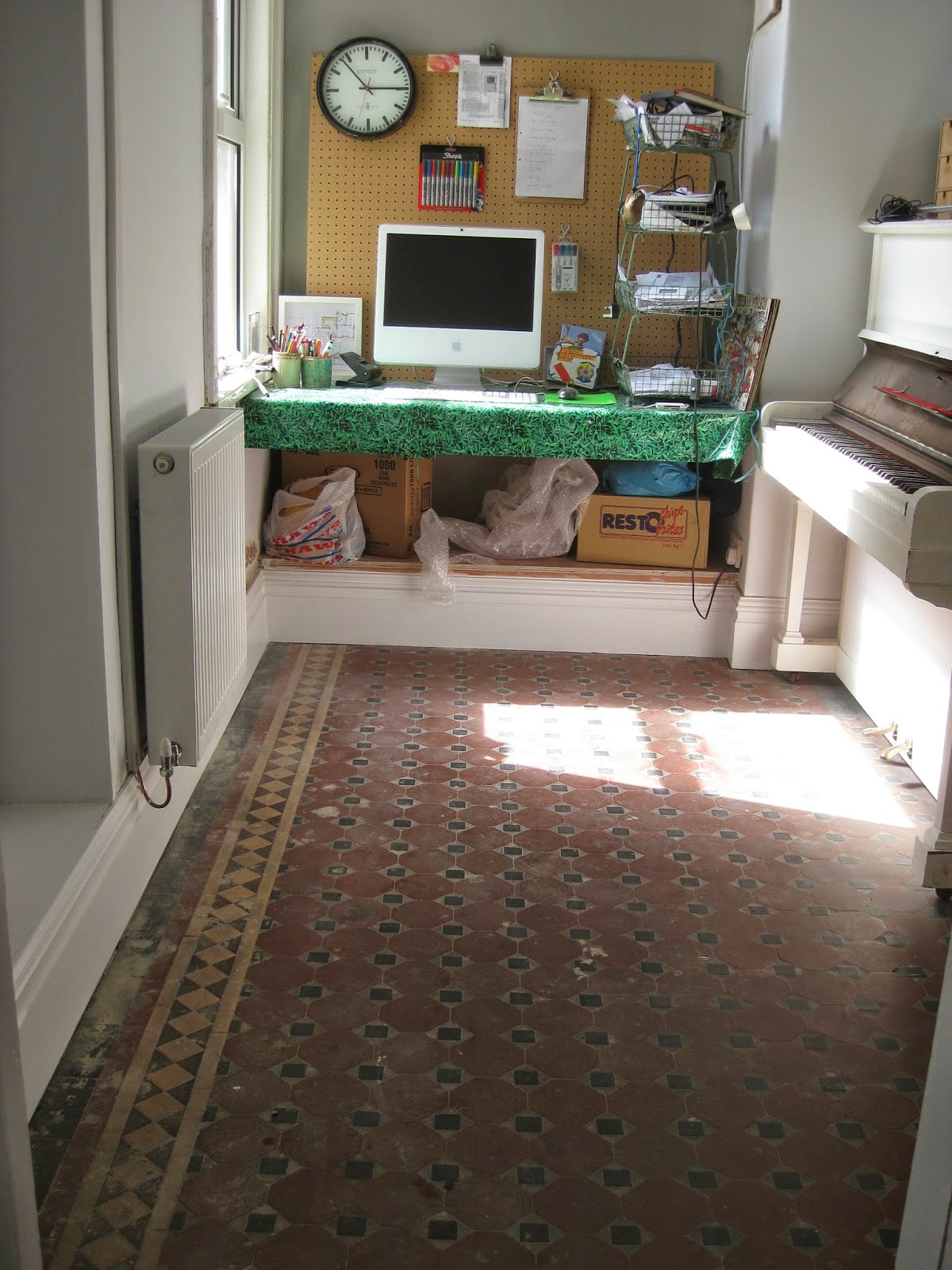 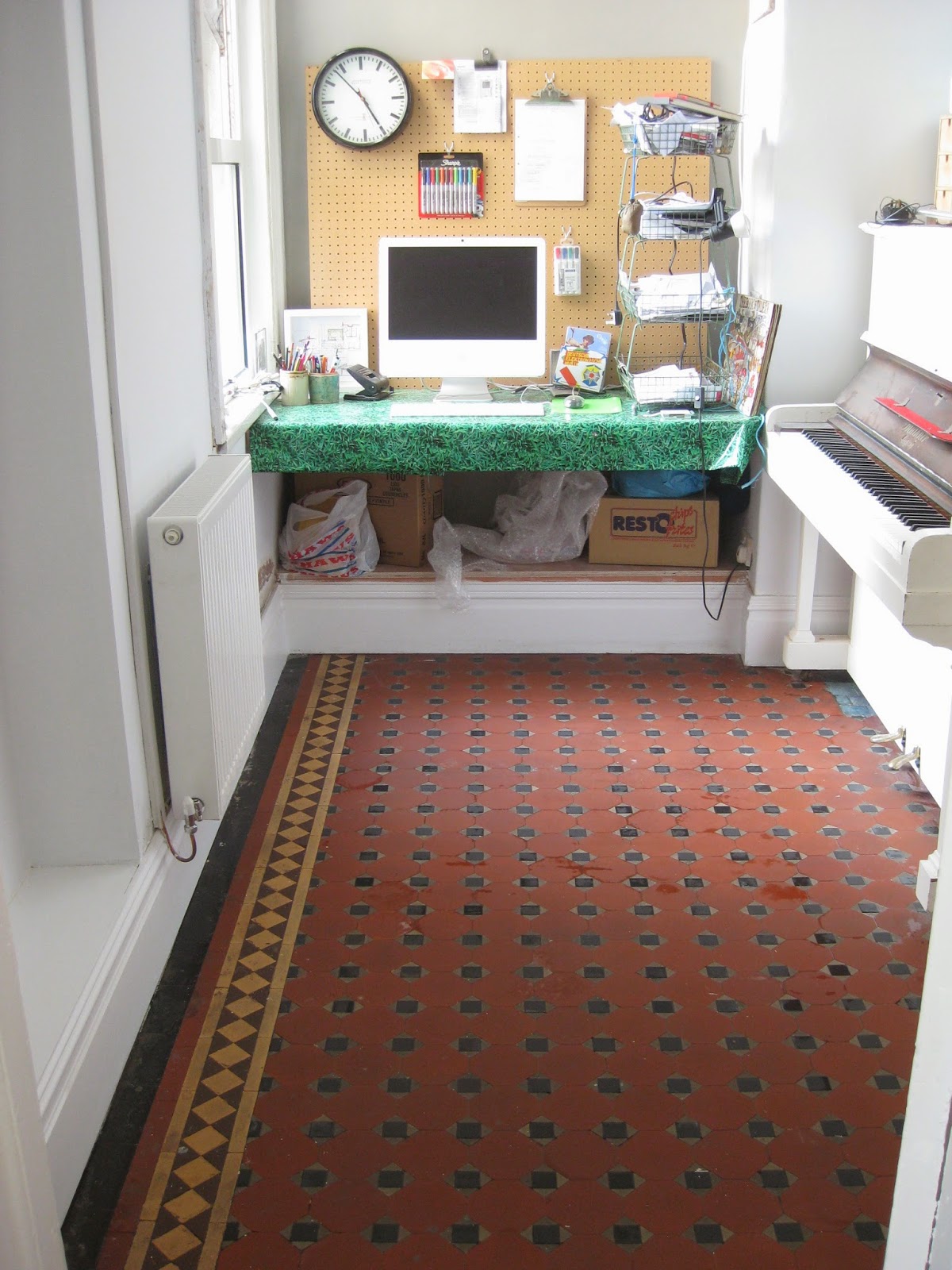 before and after in the new office 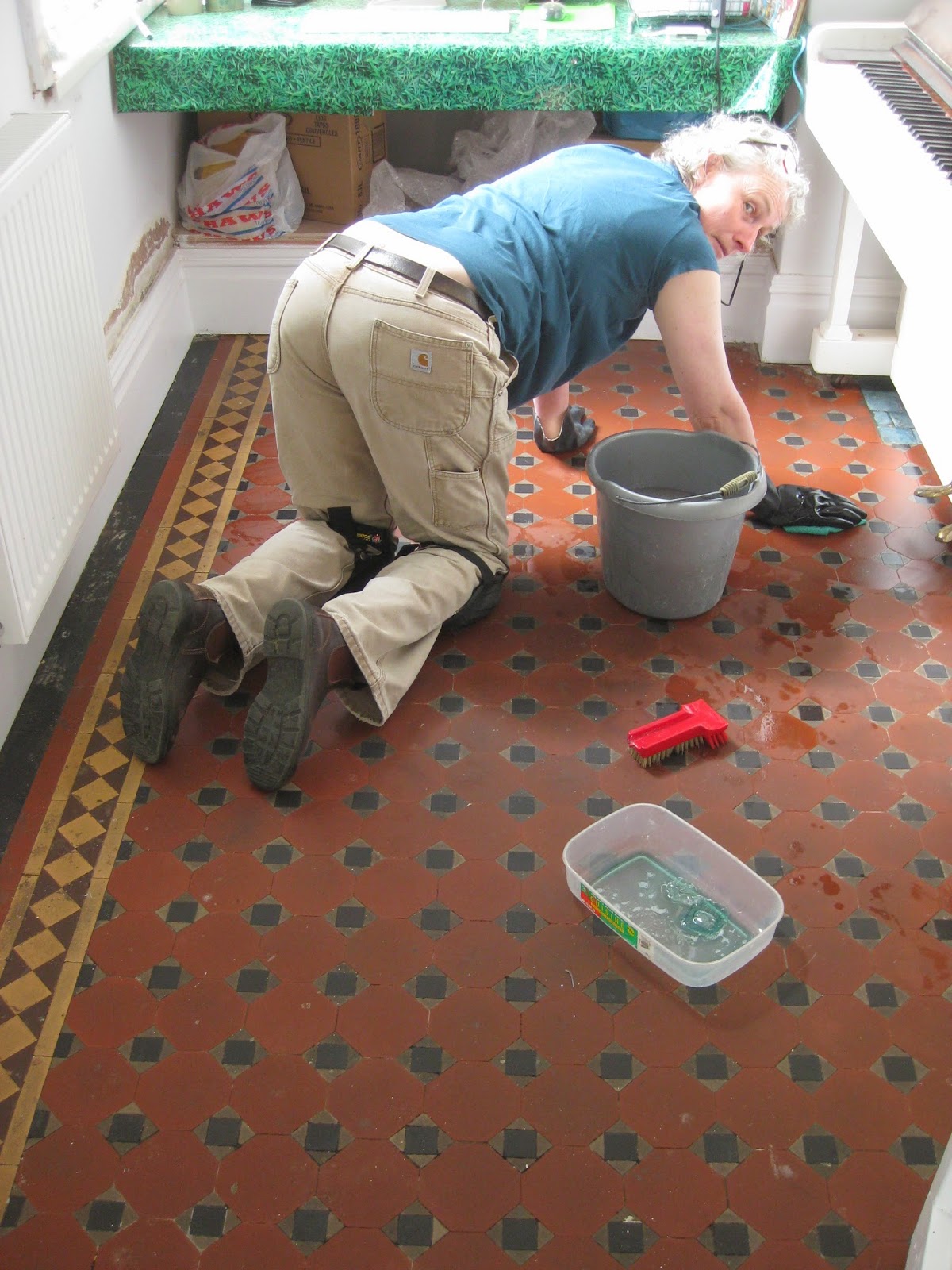 I hope it's lovely where you are,
whether you're flinging open the doors for spring,
or snuggling down for winter.