when is a bean not a bean? 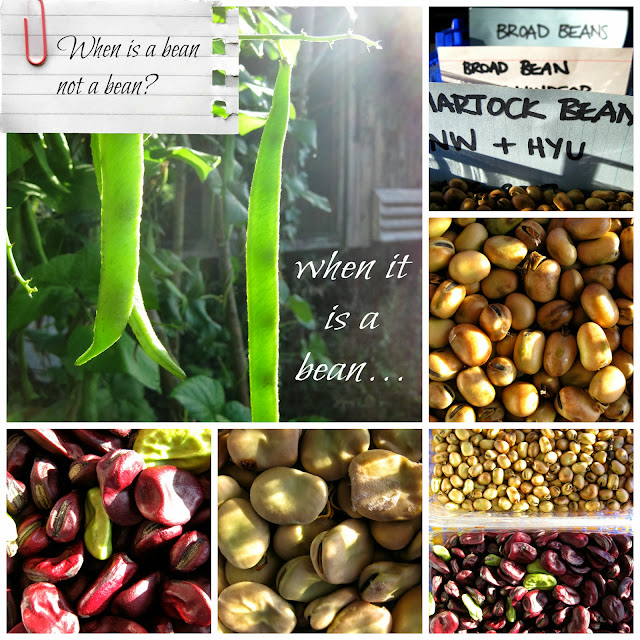 This week it's been all about the beans*

A rainy afternoon on Thursday gave me the chance to shell all the beans that I harvested to store. We grow a few heritage varieties:
Then a sunny morning on Friday saw me picking the last of the runners to eat green. The rest can carry on to fatten up their seeds to eat as 'shelly beans' (mature 'wet' beans that don't need soaking overnight), or dry to 'haricot' stage. Once dry they will store for long periods, but need the full soak and boil to bring them back to life. (All mature beans will give you a seriously bad tummy if you don't cook them thoroughly - some beans have higher levels of a toxin, which is destroyed by cooking, than others). Here is a cautionary tale to help you remember.

I find it strange that as a nation of enthusiastic tinned baked bean eaters, all of which are imported, (Navy beans aren't grown commercially in this country), we are mostly unable to get our heads round the concept of mature bean as food source. Google 'Broad Beans' and you'll come up with a list of names that demonstrates their cultural spread and importance:

The rest of the world knows that this is where it's at, nutritionally speaking - there's far more bang for your buck in the bean than the green pod. Grocery stores in Italy stock bulging sacks of dried beans, purchased by enthusiastic Nonnas keen to feed their families bean puree with turnip tops. These are the beans that Northamptonshire poet John Clare (1793-1864), was referring to when he wrote the lines:

A beanfield full in blossom smells as sweet

As Araby, or groves of orange flowers;

Black-eyed and white, and feathered to one's feet,

How sweet they smell in morning's dewy hours!

But we eye them with suspicion, mentally consign them to seed packets in the garden centre, and buy imported green beans from Kenya in the middle of winter. 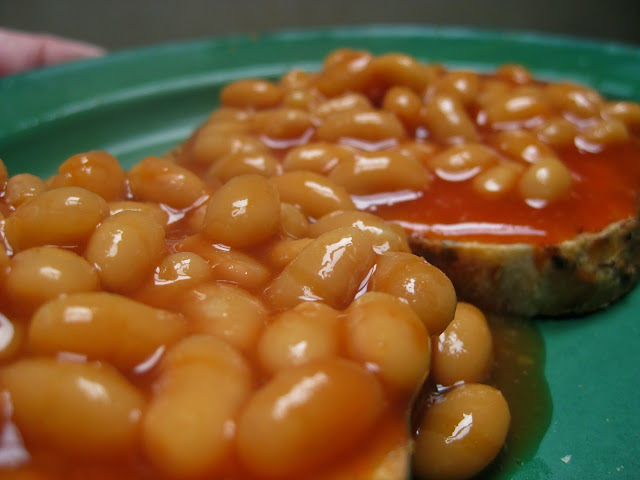 *(apologies for the slightly over elaborate collage - but I've just discovered PicMonkey!)
** Sciencey bit on dominant and recessive genes in seed coat colours in Broad Beans.
Posted by Asparagus Pea at 13:48