I worked for most of the Easter weekend so I am having this week off instead. Mr AP has taken a few days off as well so that we can hang out together at home and do a bit of house stuff. As usual we have long lists of tasks and great plans - some achieved, some can wait for another day. I think it's really important to make something - even if it's just a mess. So here's some stuff my clever husband made for me… 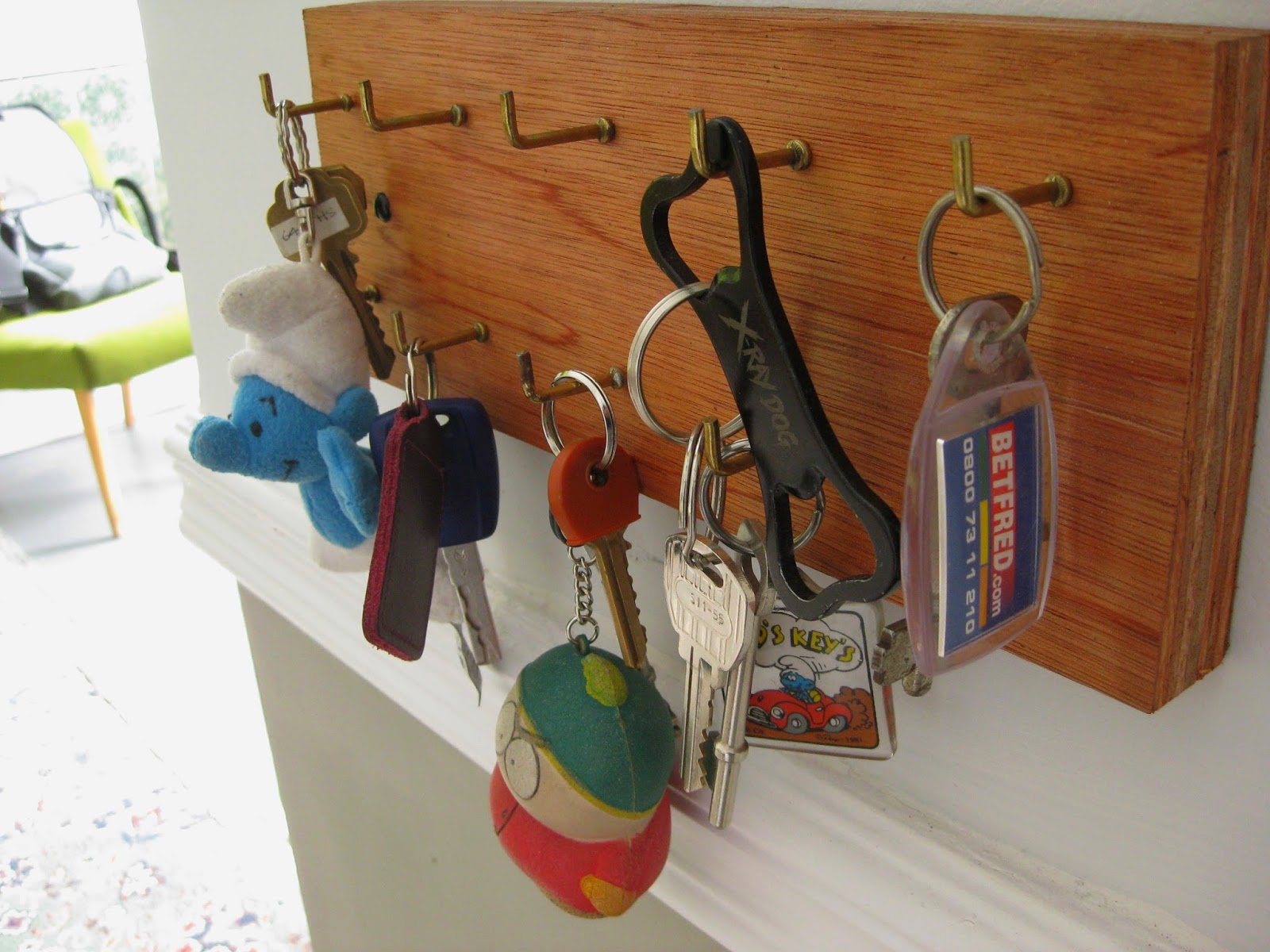 a key holder -
Mr Smurf looks after the keys to my old house that we still own and rent out,
Cartman looks after our spare house key. 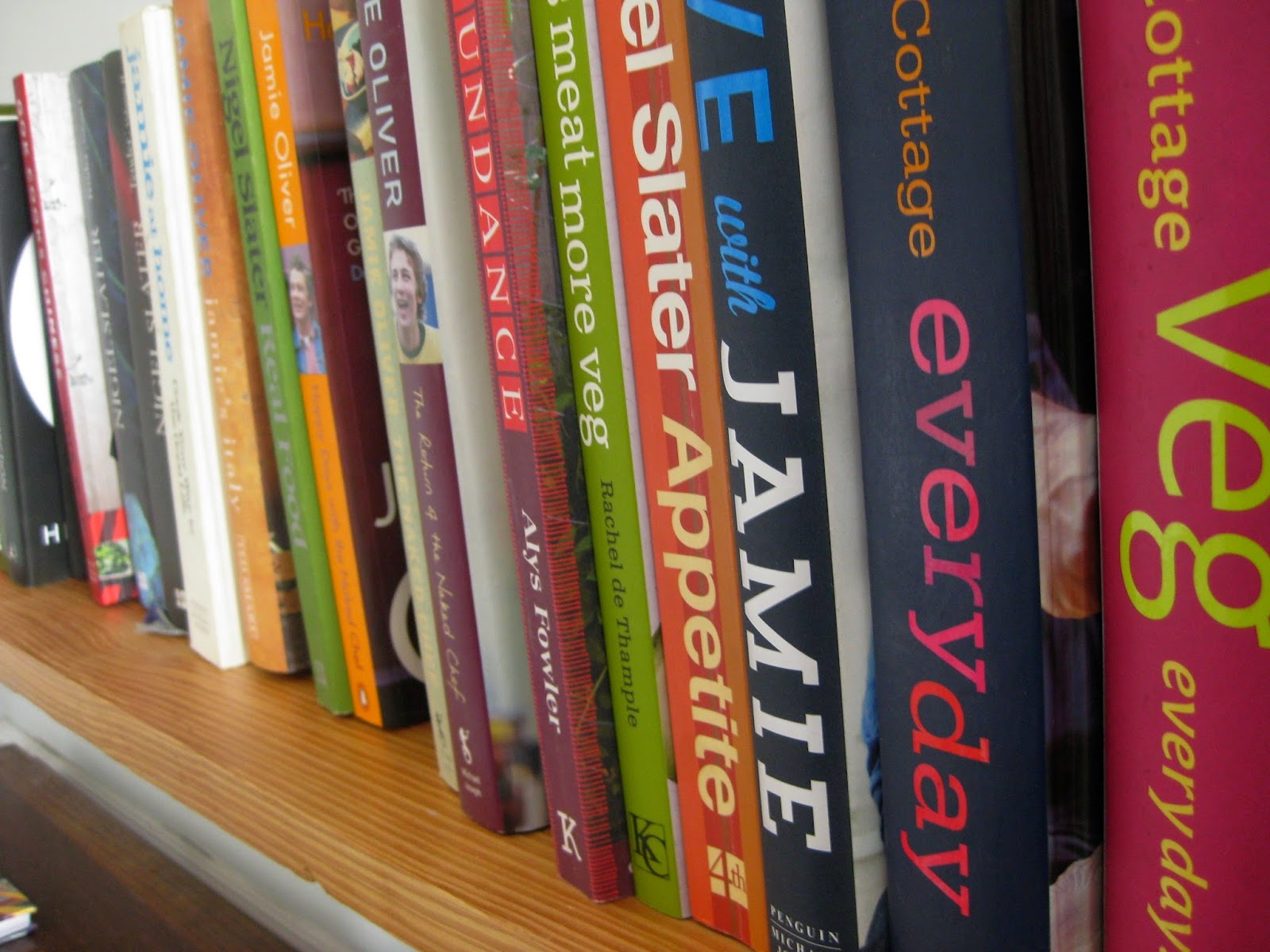 A shelf for my cookbooks,
(middle class - moi?). 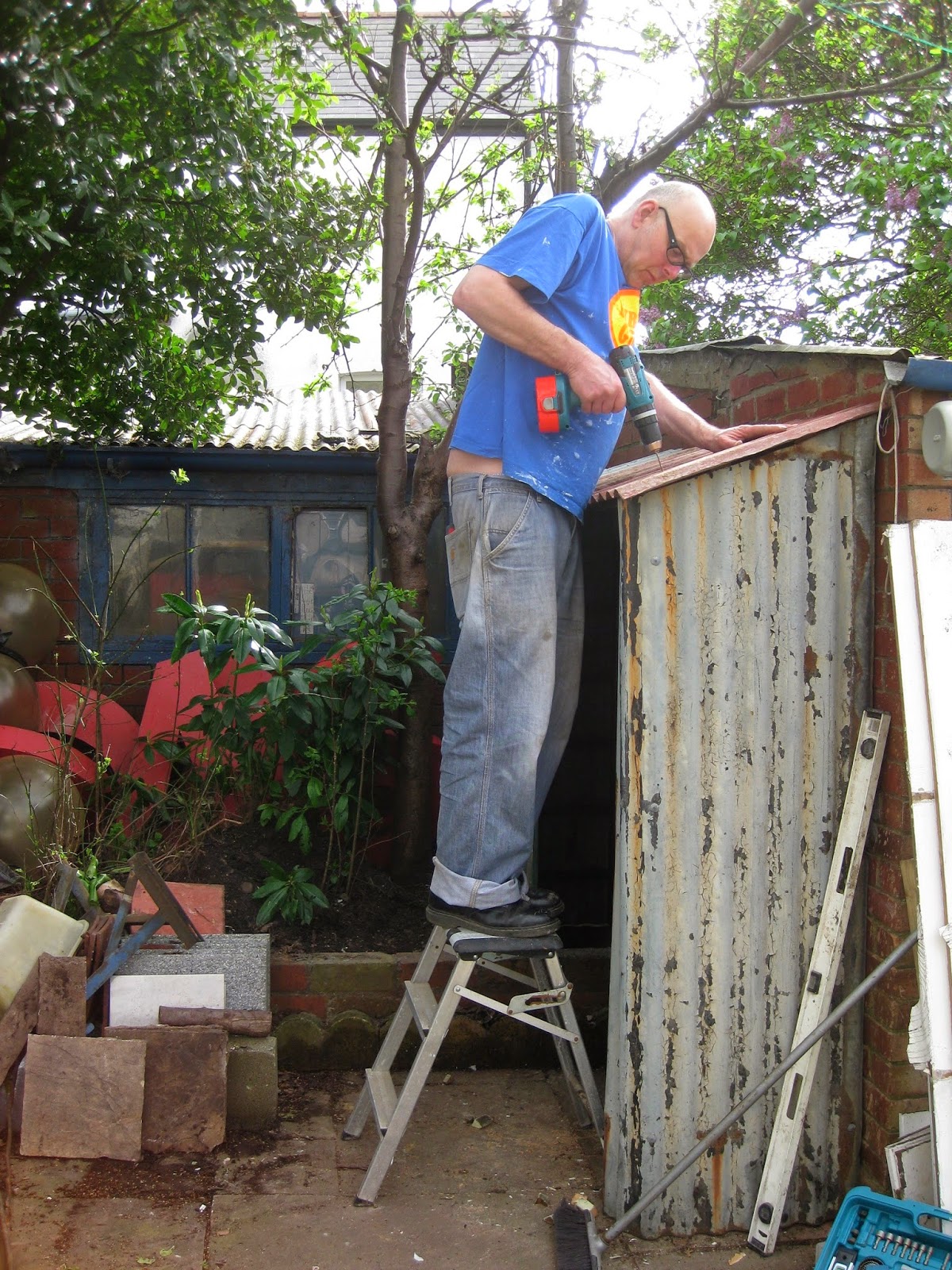 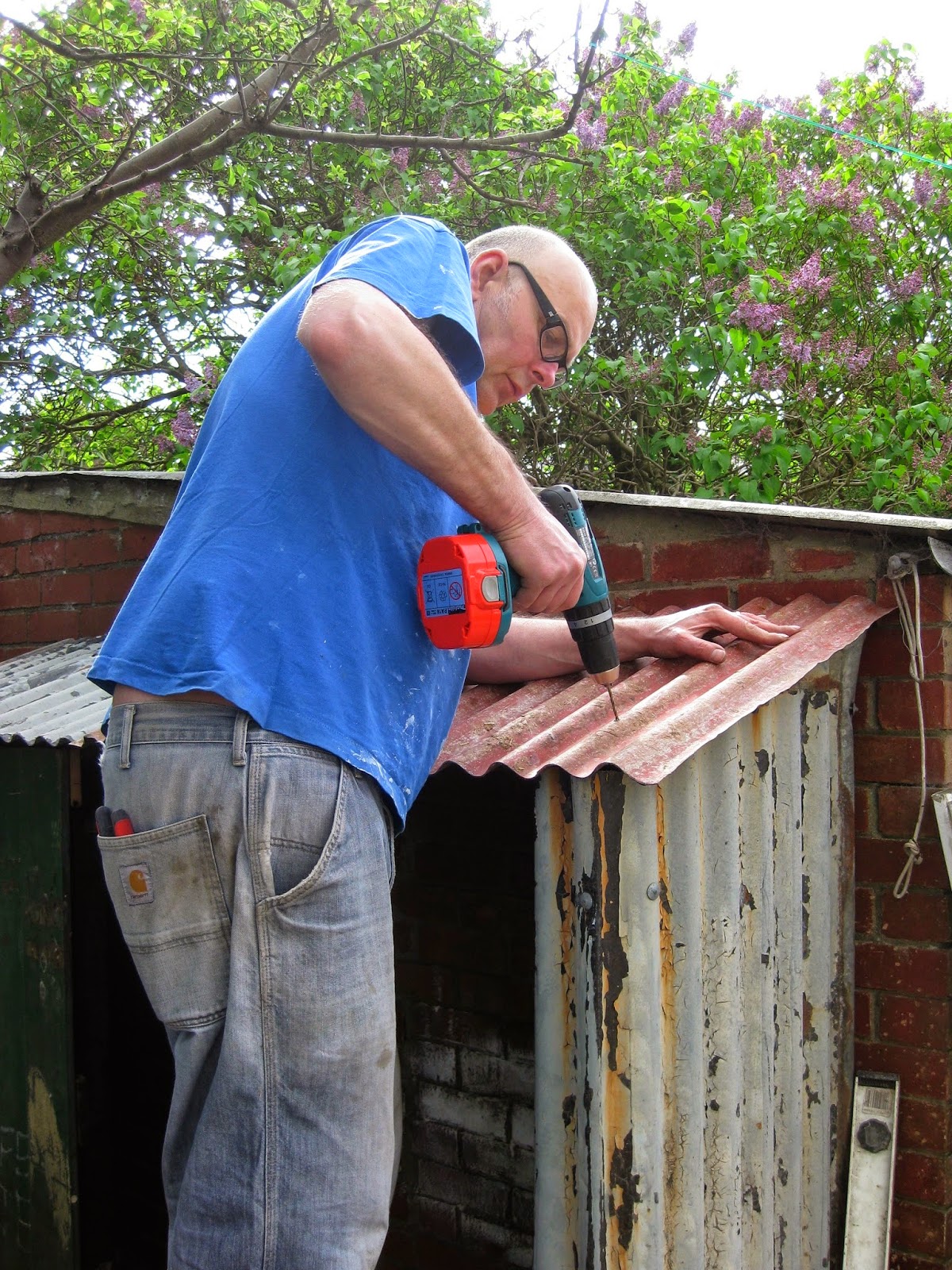 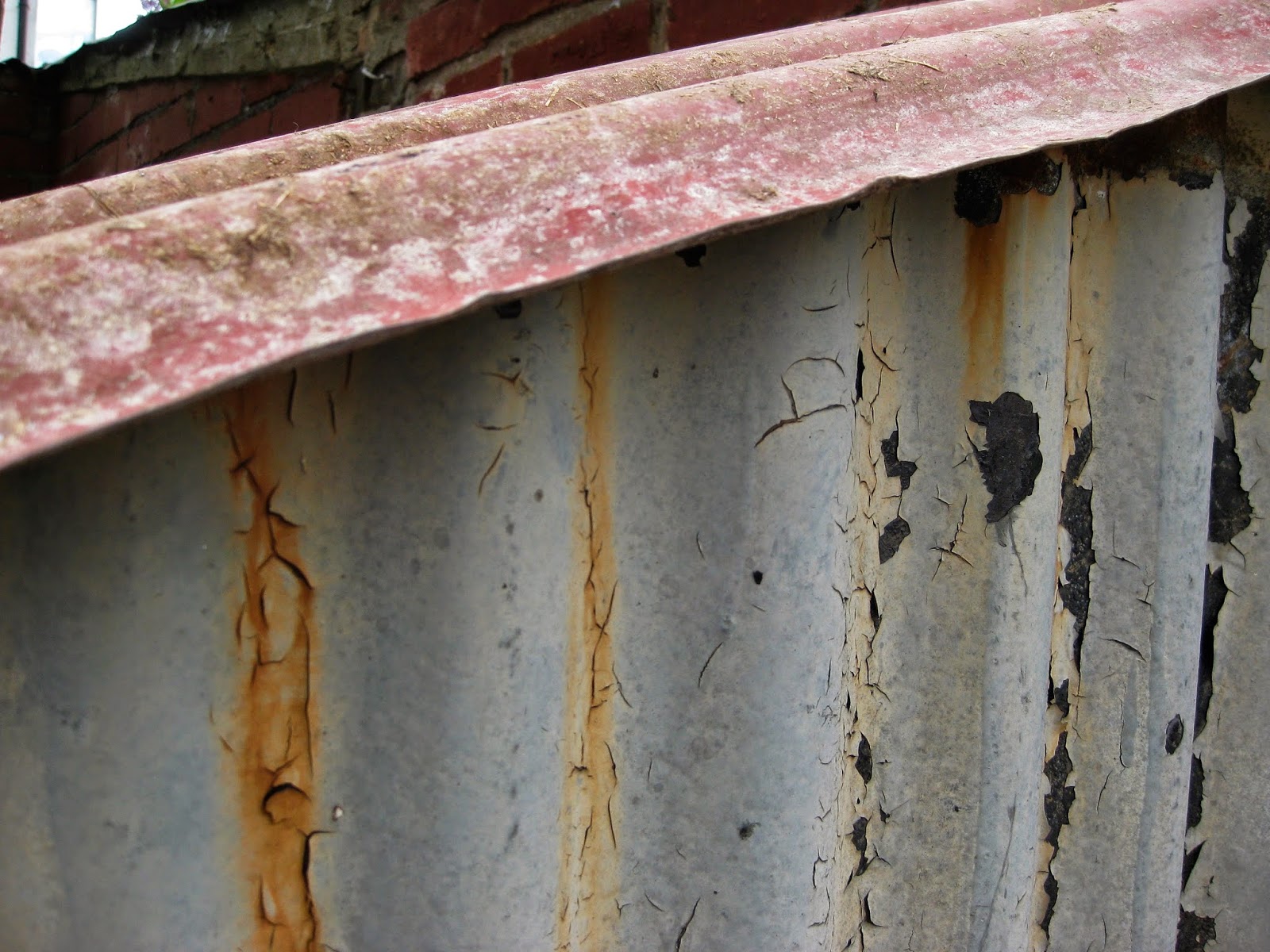 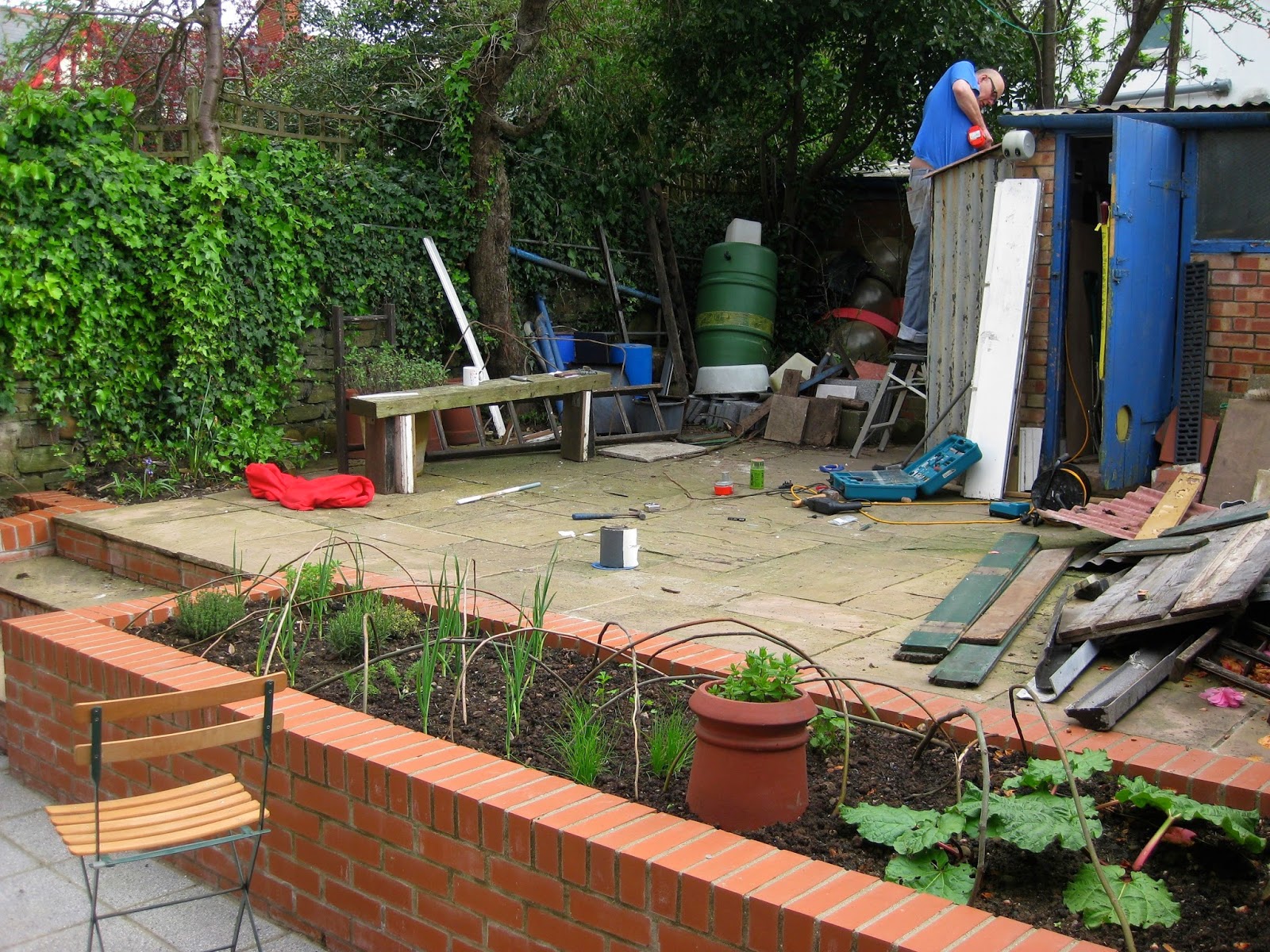 a woodshed - new and improved, 'you beaut' Version III,
with foreground herb garden - I've been busy too!
I cleaned out the fridge and made random veg soup,
(tasted okay but bore an unfortunate resemblance to sick after some ill advised blending).
So I made a loaf to cheer up proceedings...
..Best One I've Ever Made! 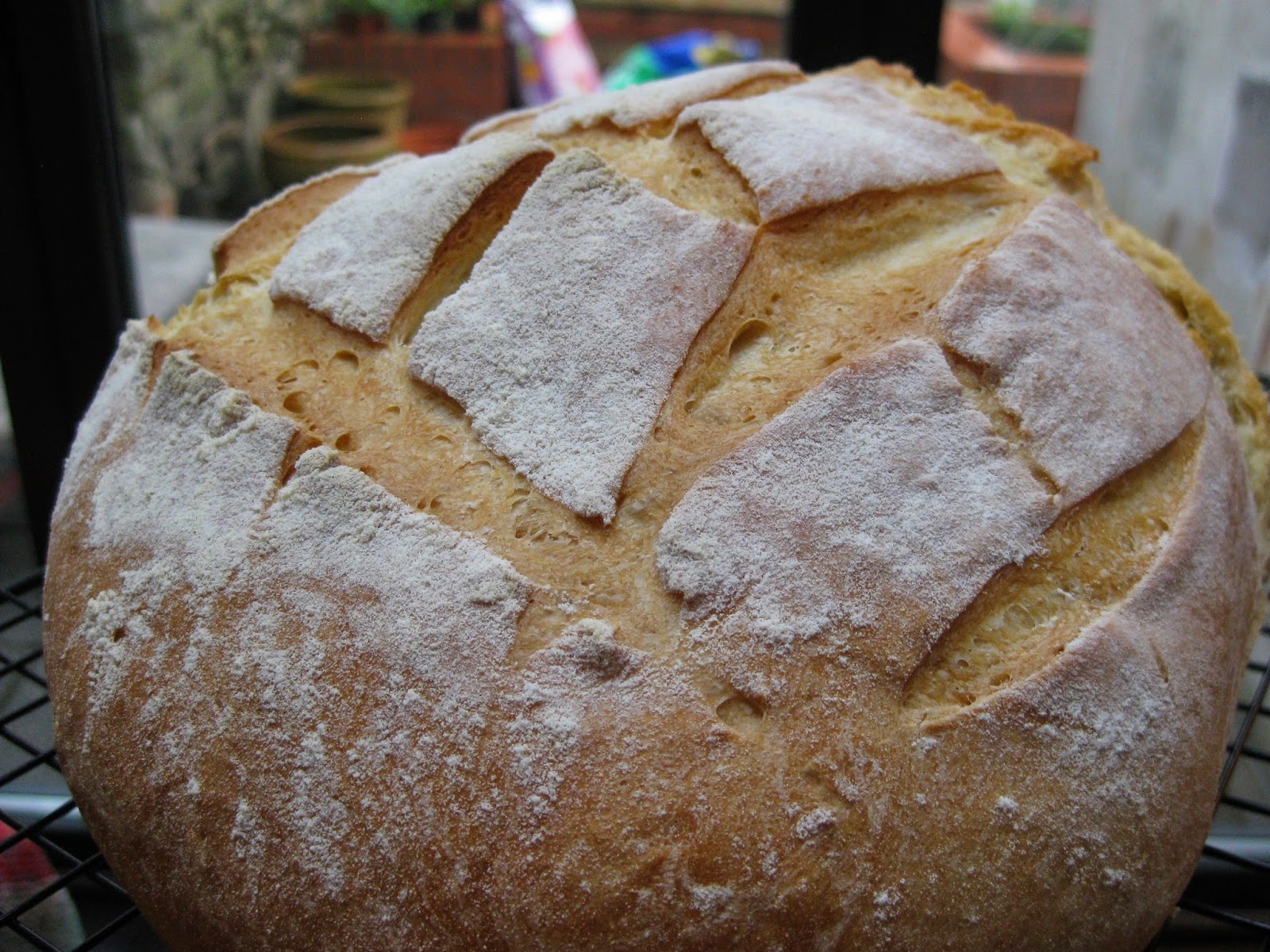 Also we've been talking for a while about going down to being a one car family.
Last week the transport gods intervened,
the big car turned itself into a bag of spanners on the way home from the Gower.
A quick trip to 'we buy any wreck' yielded £300.
The new transport strategy involves Mr AP having a more reliable motorbike,
(his old one looked cool but refused to start). 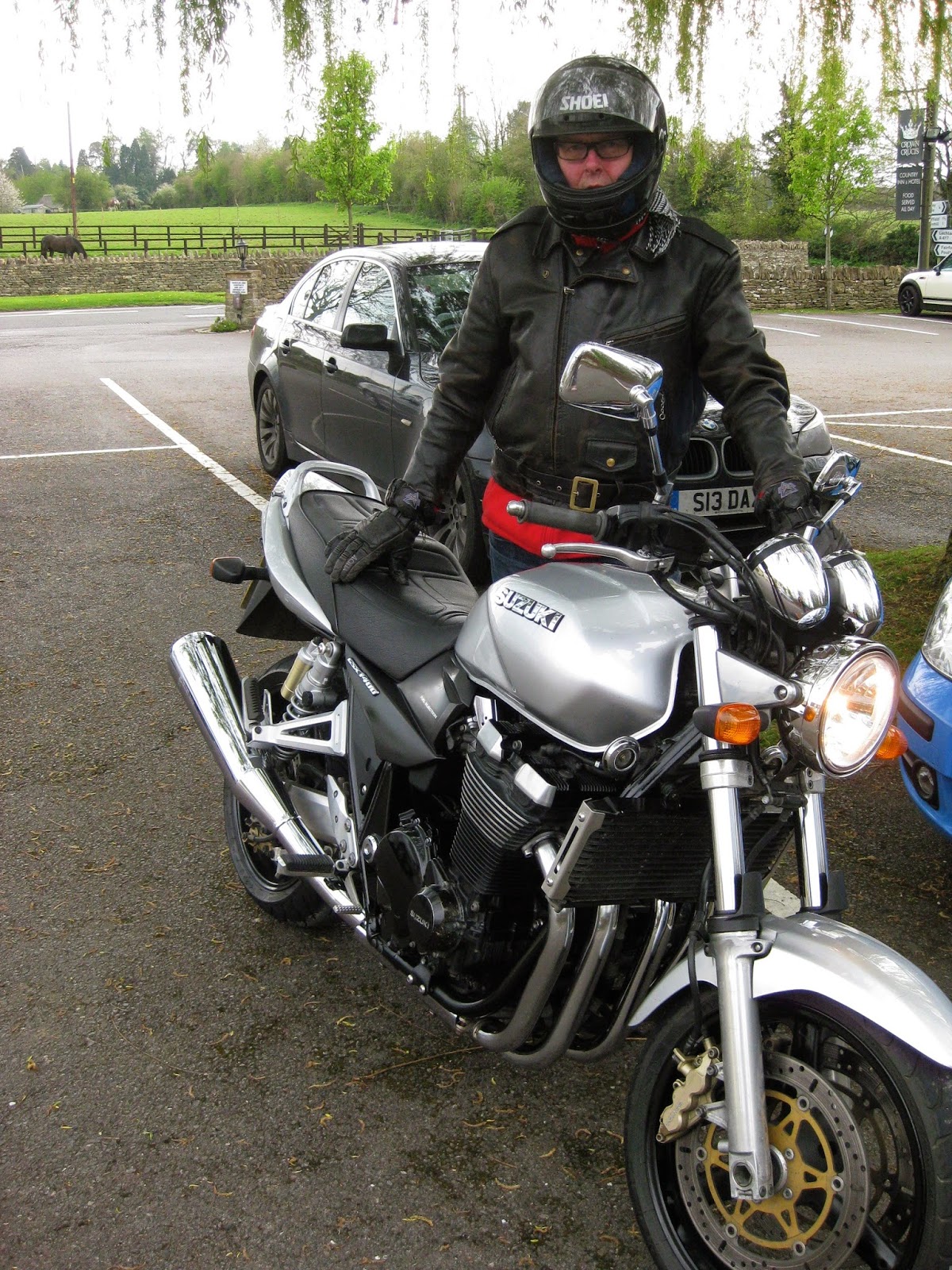 One very happy hubby,
(but the helmet squashes his face into a grumpy pout).
Tiny hint of my little blue Panda frame right
- or 'the car' as it's now known.
I'll let you know how it goes…