a matter of taste

While we were in Birmingham we popped in to the City Museum to see The Vanity of Small Differences, an exhibition of six huge tapestries designed by the fabulous Grayson Perry. The work was conceived after he spent time making a three part documentary series for TV, All In The Best Possible Taste with Grayson Perry.

He is interested in how people curate their possessions and shape their environments to consciously/unconsciously communicate where they want to fit ino society. The six tapestries are an homage to The Rake's Progress by William Hogarth, a cautionary tale of the rise and fall of Tom Rakewell, as he inherits and loses fortunes, ends up in debtor's prison and dies in a madhouse. In Perry's version, Tim Rakewell journeys through the British class system as he builds a fabulous career in the new tech industries. 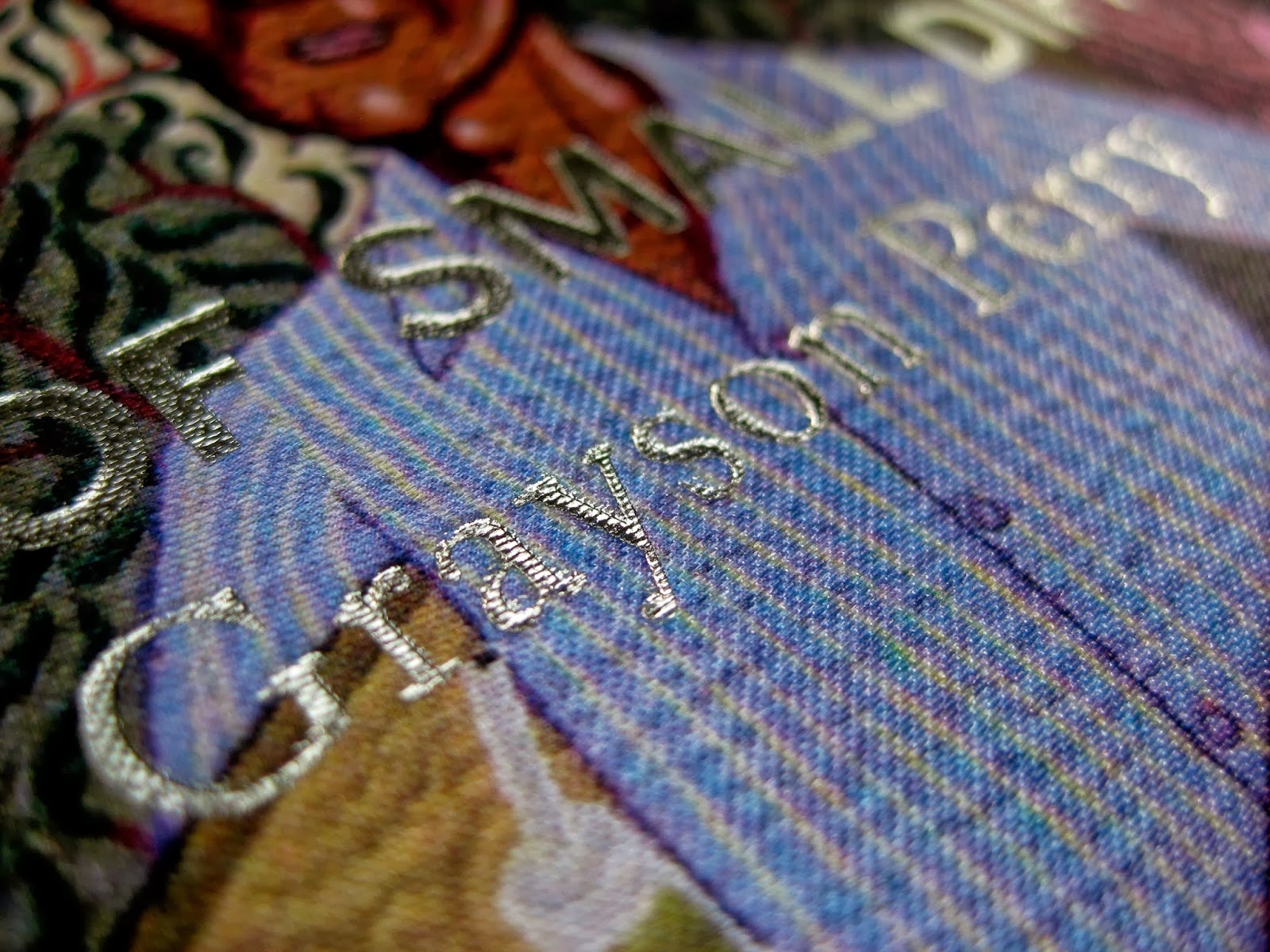 We loved it so much we bought the book -  here's a taste of how beautiful it is: 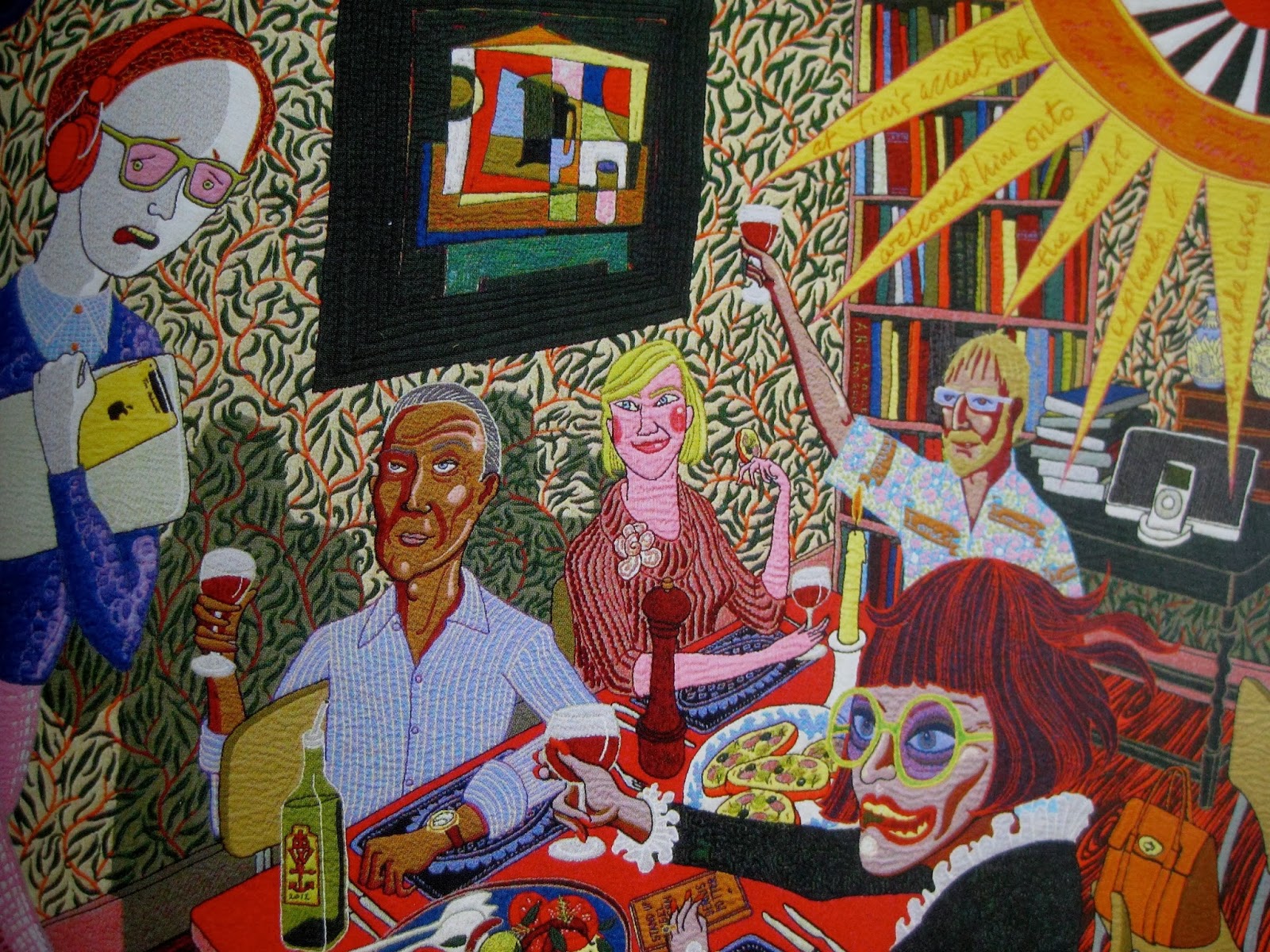 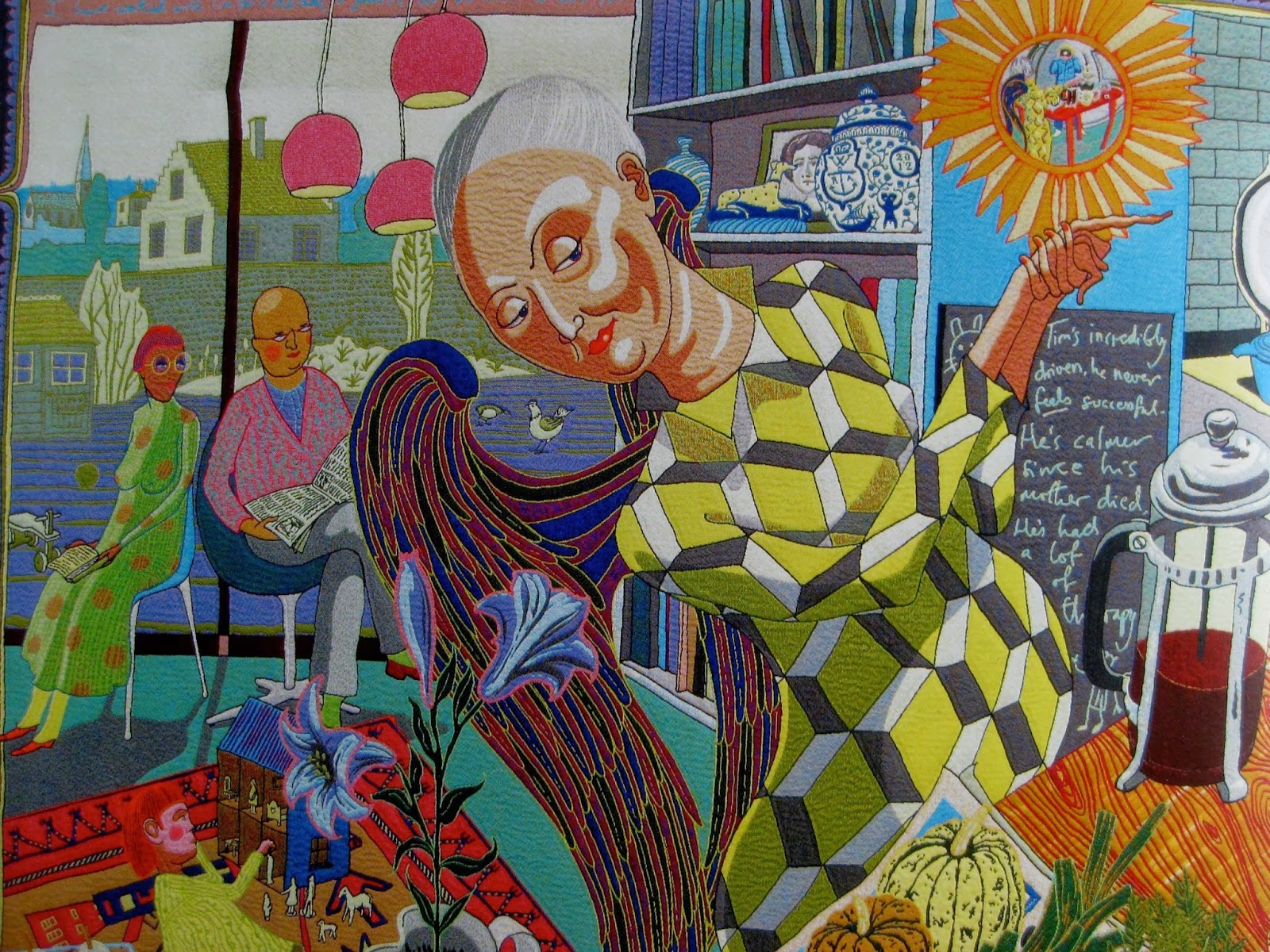 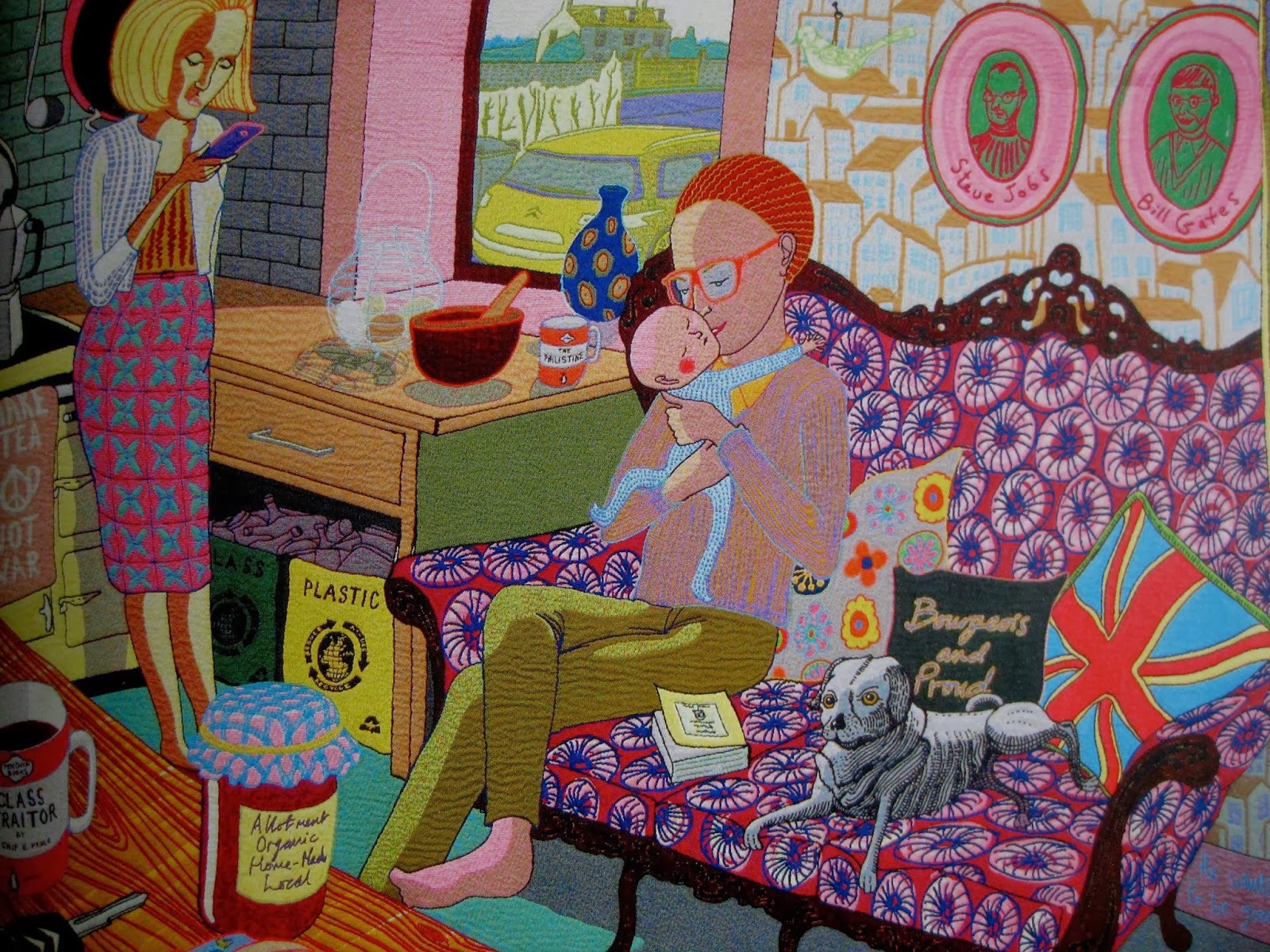 …so inspired by Mr Perry, and with reference to my previous post,
here is another of my favourites from Mr A-P's stash. 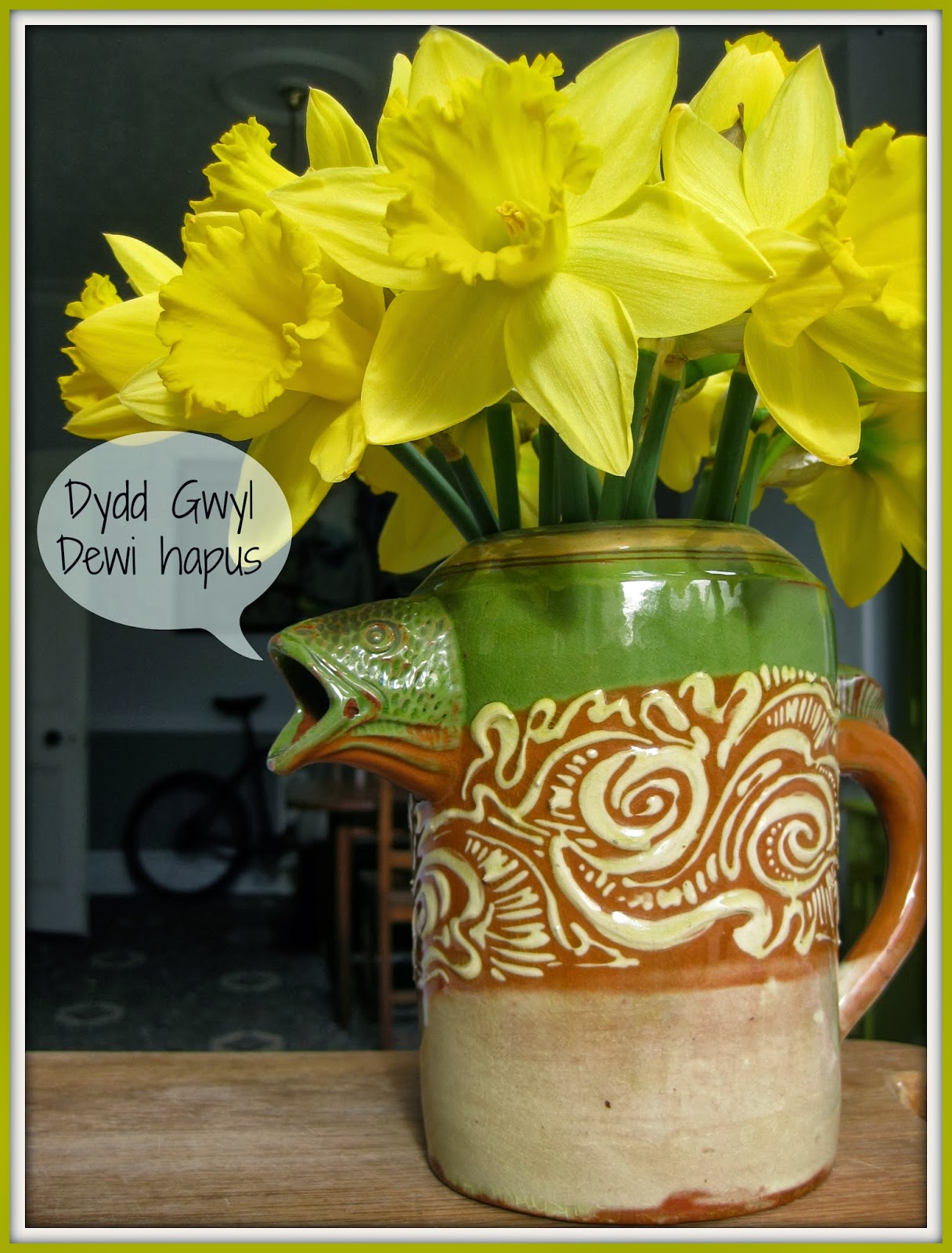 With daffodils ready for St David's day tomorrow of course...
Posted by Asparagus Pea at 16:13