Having a compelling reason to move to a new place is one thing - settling in and making it your home is quite another. The decision can be made quickly, but there's no rushing the process of growing yourself some new roots. Having moved hemispheres/countries/towns a few times, I reckon two years is a good yardstick for giving it a proper go. In that time you have to guard your little flame - the winds of change will always make you falter and doubt. But slowly new connections will be made, habits formed, special places found. Yesterday we threw open the doors, lit the lanterns* and had a party to celebrate two years in our house - old friends, new friends and neighbours. Moving to this neighbourhood was coming home for me, but Mr AP has lived west of the river for 30+ years. I knew he was taking a leap of faith for me, so I said I wouldn't ask him if he was happy and settled until we'd been here at least two years.

So yesterday the words were uttered…. 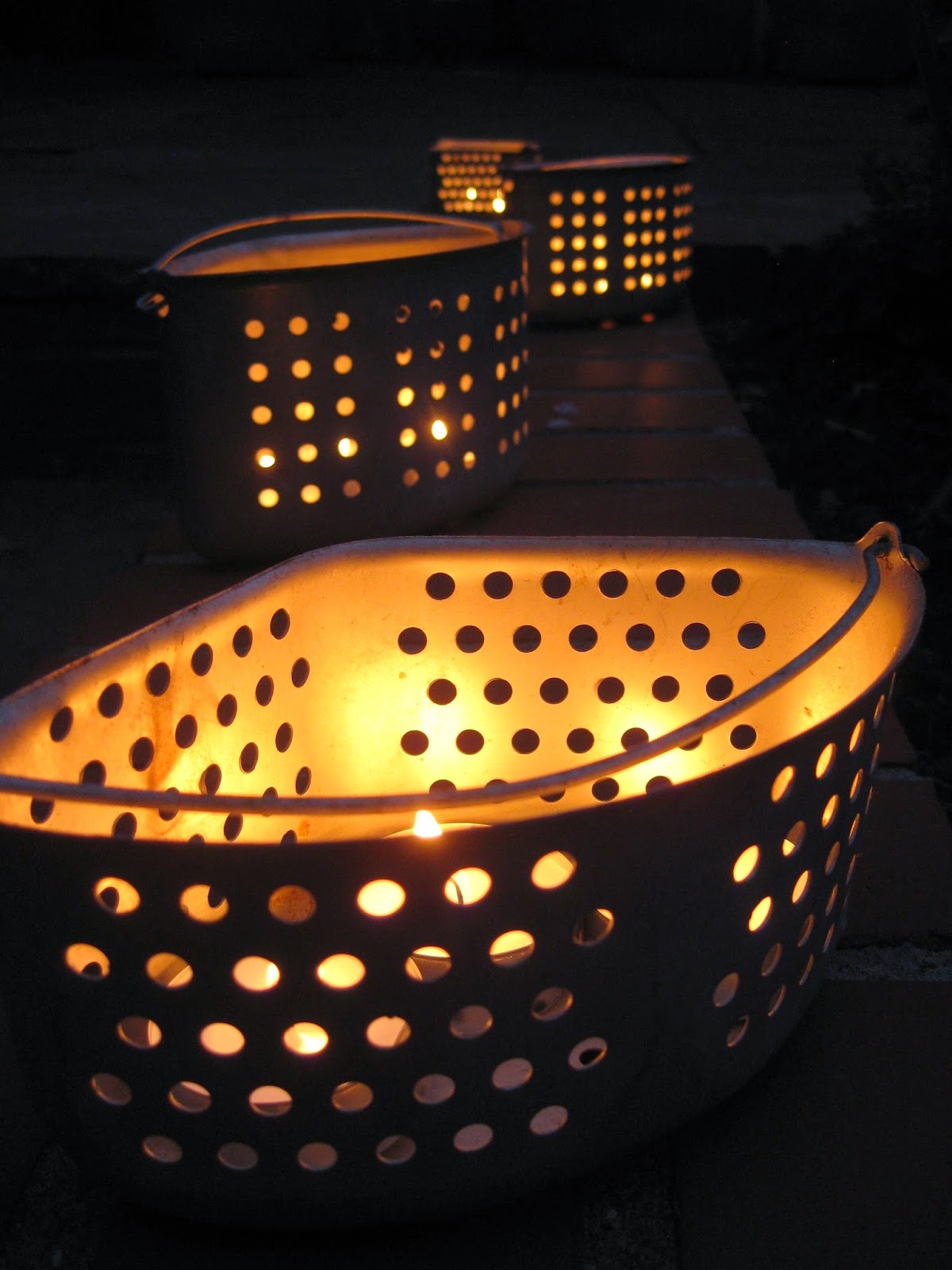 *I was hunting around for something to put citronella tealights in - can't stand it when they blow out all the time in jam jars. So I bunged them in the steamer baskets for Mr AP's old pressure cooker - worked a treat!

Email ThisBlogThis!Share to TwitterShare to FacebookShare to Pinterest
Labels: family